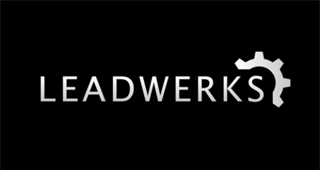 By Ryan Daws | 18th June 2013 | TechForge Media
Categories: Apple, Design, Development Tools, Gaming, Languages, Microsoft, Platforms, Testing,
Ryan is an editor at TechForge Media with over a decade of experience covering the latest technology and interviewing leading industry figures. He can often be sighted at tech conferences with a strong coffee in one hand and a laptop in the other. If it's geeky, he’s probably into it. Find him on Twitter: @Gadget_Ry

Linux should technically be one of the first choices for game development, due to aspects such as faster OpenGL performance than Windows or Mac.

Yet due to lack of consumer popularity, the tools required to bring it to the mainstream have been lacking. Enter Leadwerks.

Leadwerks is a complete game-development environment which is already incredibly popular on Windows and Mac – a developer favourite for its ease of use and robust visual tools. Now the team wants to move the application over to Linux, and promote both cross-platform and original games.

The SDK uses the powerful C++ language and Lua scripting language, along with built-in level design features; you can truly move your project from design, to development, through to distribution.

Built by an experienced team formed of Josh Klint, Annika O’Brien, and Chris Vossen, they wish to promote releasing original Linux games. It will be a great boost for moving more users towards the open-source platform, and one less barrier for gamers.

On the Kickstarter page they speak about AAA performance saying: “Linux is the perfect platform for triple-A graphics. We’re taking advantage of this performance with deferred lighting, hardware tessellation, and up to 32x multisample anti-aliasing.  And you don’t have to use an emulator.”

From dungeon crawlers, first-person shooters, to side-scrollers and more; it’ll be exciting to see what the development community can achieve with these tools. One of the biggest aspects of today’s gaming is social, and for this they are looking to Valve for Steam-integration.

The app will be based on GTK for the user interface; which will be instantly familiar for long-term Linux users. The first release hopes to hit the most popular Linux distribution, Ubuntu 12.04, but will expand to others.

To achieve all this they need funding, and where does modern-day funding come from? People just like you, supporting their project.

What do you think of Linux game development? Is it an exciting prospect?