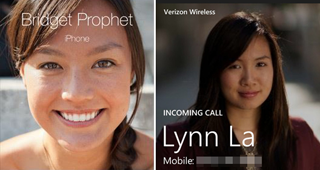 By Ryan Daws | 17th June 2013 | TechForge Media
Editor at TechForge Media. Often sighted at global tech conferences with a coffee in one hand and laptop in the other. If it's geeky, I'm probably into it.

When Apple unveiled the new iOS 7 design at WWDC, many, including me, took note at how many design cues were taken from rival OS’s.

Regardless of whether you think this is right – “good artists borrow, great artists steal”, as Pablo Picasso was alleged to have said – the company went for a ‘flat’ design, like Microsoft.

Microsoft, with its Windows Phone 8 Operating System is acclaimed for taking a radically different approach; whereas Android’s stock UI is called a “clone of iOS”, the same certainly could not be said for WP.

Whilst elements of Microsoft and Apple’s systems are radically different, the flattened approach is Apple’s – surely hard to swallow – indirect admission that Microsoft’s design language was forward-thinking.

So how do you entice developers to support your platform? Pay them. Microsoft already pays $100 for app submissions to help bolster their (comparatively) lacklustre app store.

Apple boasted 900,000 apps available in its store with over 50 billion downloads; whilst Google’s Play Store recently announced tying in numbers and, as we recently reported, is set to surpass iOS downloads by October.

What about Windows Phone? The OS is trailing along at 145,000. In reality the situation is not as bad as it looks from the outside. Most of the major applications are now on every platform, and Microsoft’s offers a unique user experience very few complain about.

Still it’s an argument used by critics, and one which the team at Redmond would like to squash. What’s their big solution? Offer more money.

Microsoft is notorious for chucking its billions around, and the company knows how to keep developers happy. According to the Bloomberg Businessweek, some companies are being offered $100,000 incentive to release on Windows Phone.

Perhaps this year, with the release of Windows 8.1 and the new Xbox, a complete ecosystem will help matters?

What do you think of Microsoft’s “chuck money” strategy? Does Windows Phone have a future?