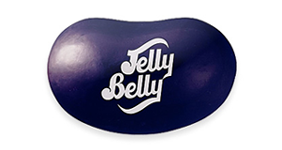 By Ryan Daws | 14th June 2013 | TechForge Media
Categories: Android, App Stores, BlackBerry, Development Tools, Industry, Languages, Platforms, Testing,
Ryan is an editor at TechForge Media with over a decade of experience covering the latest technology and interviewing leading industry figures. He can often be sighted at tech conferences with a strong coffee in one hand and a laptop in the other. If it's geeky, he’s probably into it. Find him on Twitter: @Gadget_Ry

Along with BlackBerry Playbook OS v2 arrived support for the library of Android applications with one fairly major limitation; they had to be specifically packaged for ‘Gingerbread’.

It was thought BlackBerry would phase out Android applications for those natively written in C++, HTML 5, or Adobe AIR. At this stage, where BlackBerry still lacks support behind Android and iOS, it’s important for the company to support Android and bolster its catalogue.

It’s important to note Android applications cannot be directly run on BlackBerry 10, and first require ‘porting’ for which new tools have been released. These include a new version of the eclipse plug-in, alongside the SDK, and the beta 10.2 firmware for Dev Alpha B, Dev Alpha C, Z10, and Q10 devices.

Currently the Beta is still in the first version; it’s not known how many exactly there’ll be before the ‘Gold’ release but BlackBerry indicates “later in the summer.”

It may not be an entirely wild theory BlackBerry is keeping its Android options open; if their (struggling) strategy fails in BB10, Android may be a good fallback for the company trying desperately to re-invent themselves.

Will you be moving your Android applications over to BlackBerry’s devices? Or do you think BlackBerry should just move their devices to Android?