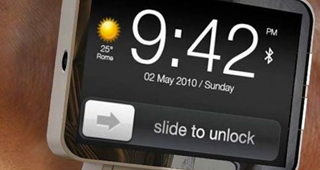 By Ryan Daws | 13th June 2013 | TechForge Media
Categories: Android, Apple, Development Tools, Industry, Languages, Platforms, Testing,
Ryan is an editor at TechForge Media with over a decade of experience covering the latest technology and interviewing leading industry figures. He can often be sighted at tech conferences with a strong coffee in one hand and a laptop in the other. If it's geeky, he’s probably into it. Find him on Twitter: @Gadget_Ry

Wearable computing appears to be the next inevitable frontier; from those augmenting our reality such as Google Glass, to information available at a glance such as Kickstarter-success Pebble.

Sony already has a play in the market with the ‘SmartWatch’, now it’s to be unleashed to developers.

The creative minds around the world can utilize the device for whatever purposes they can imagine. However, there is some limitation. According to the blog post, an alternative firmware will be required to be flashed on the device.

Currently no alternative firmwares have been released, although together with Arduino, Sony has co-arranged a SmartWatch Hackathon to promote development and enable Arduino firmware to run on the watch.

Rival smartwatch Pebble launched with limited functionality; this has now been extended in the latest update with two-way support from a connected phone to the watch allowing for apps which augment data from the internet.

These new apps enable such information as weather and news tickers to be displayed, check-in apps for services including Foursquare and Facebook, plus extensions to multiplayer gaming.

The advantage Pebble has over Sony is support for both Android and iOS (although limited). Due to Apple’s requirements for hardware which interacts with iOS to be part of the “Made for iPhone” program, any apps which are to be used with Pebble has to be whitelisted by Pebble themselves.

Nearly all the major manufacturers are said to be working on their own devices; most notable and widely rumoured is the launch of Apple’s own “iWatch”.

What do you think about wearable computing? Is there any form you think is likely to have the most success in the future?