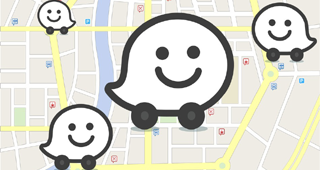 By Ryan Daws | 12th June 2013 | TechForge Media
Editor at TechForge Media. Often sighted at global tech conferences with a coffee in one hand and laptop in the other. If it's geeky, I'm probably into it.

Waze, the Israel-based start-up, has had great success; in July 2012 the company announced 20 million users with half of those joining in the previous six months.

Google has clearly been watching the service evolve, and has now decided to acquire the company.

Available on Android, iOS, Symbian, and J2ME the application utilises “crowdsourcing” to update maps in real-time for all users; from new unmapped roads, to traffic jams, and speed cameras.

From personal experience; the crowdsourcing aspect of the service has been phenomenal, detailing exactly the cause of incidents on your journey (road accidents, maintenance etc) and trying to offer you the best alternative route to avoid disruption.

It’s the routing which let me down; on several occasions sending me down dead-ends, up one-way streets, once asking me to turn right into a brick wall!

Although Google Maps and Waze will remain separate applications for the time being, the prospect of combining Waze’s crowdsourcing magic with Google’s superior navigation technology is exciting.

Along with the navigation properties of Waze, the company adds in a social-layer; mixed with RPG-like gaming elements for fun and engagement. Whilst fun, these can also be dangerous.

By default messages from other users can be sent directly to your device, covering up your entire route until you reach over and dismiss them. This is a huge distraction and requires not just taking your eyes off the road, but hands off the wheel.

Where this functionality is fantastically implemented however, is in the latest update you can see how far friends are on their journey to a mutual destination.

What do you think Google’s acquisition of Waze could mean for the company going forward?