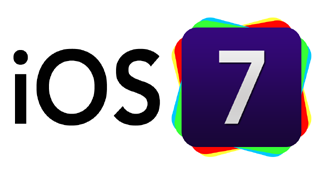 By Ryan Daws | 11th June 2013 | TechForge Media
Editor at TechForge Media. Often sighted at global tech conferences with a coffee in one hand and laptop in the other. If it's geeky, I'm probably into it.

In yesterday’s editorial, along with detailing my high hopes and expectations, I said we’ll soon see the “usual flood of admiration or complaints about the latest release.” The OS release seems to have polarised opinion even from Apple fans, but whilst this wrap-up looks at plenty of negatives, I’ll chuck in some praise where I can!

Yesterday’s article expressed my worry that so much time would be spent on the design, new features would be sparse. For the first time Jonny Ive took the lead on iOS experience, so how did he fare?

For the most part he’s done a fantastic job in my opinion on taking the original features and adding a fresh lick of paint along with a couple of new gestures, but very little extra added.

I don’t want to become one of those “Apple steals everything” critics, but let’s take a look at design cues…

Are there any? There certainly wasn’t any to show which brought anything new to the table. In yesterday’s editorial I’d hoped for a rival to Google’s “Now” predictive search technology for offering information you need instantly, begged for more utilisation of iPad real-estate, and had high-hopes of Apple “opening” up just a little.

Now I know Apple won’t open to the level of Android, but there are still not even the slightest ways to customise or enhance the OS for users who want a bit more from their devices.

Custom keyboards would be the obvious addition here, adding the fantastic gesture keyboards provided by companies such as SwiftKey and Swype provide a whole new experience to typing.

Apps are still very independent elements to the OS; they cannot truly communicate and integrate with one another. Plus the notifications are unactionable without opening the application itself.

For an OS which touts its apps as being the primary driving force, alongside the idea of the “world’s most advanced operating system”, it really does not show Apple.

I used to call it the “world’s most simple operating system” and I meant this in praise; the majority of consumers want a device which “just works.” Android (the basic experience) is much less complicated; transfer files freely, open them in the apps you want, allow apps to share information freely with one another, and perform actions directly from notifications.

Plus if you want to extend your functionality, go ahead!

Jyrki Rosenberg, VP, Nokia Entertainment, said in a statement: “We launched our streaming radio service in 2011. It’s interesting to see Apple react now and it seems they continue to play catch up.”

For design – I totally understand many who prefer the design of iOS, especially some of the Android OEM skins including Samsung’s “TouchWiz”. Personally I love the stock UI and HTC’s latest Sense 5 found in the “One.”

For features – Android wins for the variety of users, and we still have a major release to be unveiled this year to further the lead. Whereas for years Google played catch-up to Apple, the role has been reversed in a very big way.

With no increase in shares, as is the norm around events, perhaps stockholders agree.

These are, of course, solely my opinions. I’m very interested to hear what you think of iOS 7?