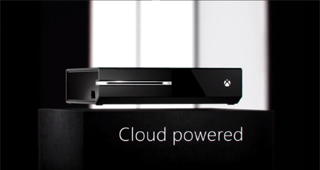 By Ryan Daws | 7th June 2013 | TechForge Media
Editor at TechForge Media. Often sighted at global tech conferences with a coffee in one hand and laptop in the other. If it's geeky, I'm probably into it.

It turns out the rumours of Microsoft’s Xbox One were true; the upcoming iteration of the console will require access to the internet once every 24 hours.

Whilst this sucks, and it truly does for anyone with limited or no connection availability, it marks the push forward for a new generation of internet-connected devices… the “Internet of Things”.

Many of us after watching Iron Man dreamed of our own Jarvis system; to be able to speak to our homes either in-house or away to control aspects like heating, lighting, garage doors…

Already many businesses take advantage of independent solutions, but there is no standard as of yet. I’ve always looked towards Apple and its Siri virtual assistant for such a solution. A standard such as ‘AirPlay’ for controlling devices via Siri would work fantastically.

As I’d mentioned, until now there has been very little consumer push, but the near “always on” requirement for Xbox gives me some hope Microsoft could be looking into this area.

Microsoft has a model home (with voice recognition) known as the “Home of the Future” where Redmond experiment with technology people may have in their everyday lives – in the future.

Maybe the present is the future. Very little of Microsoft’s awe-inspiring experiments are released, or if they are, usually by a rival company.

The next Xbox lifecycle will be hoped to last the next decade at least, so it would make sense Microsoft are at least looking into not just the “360” entertainment hub for your home, but now the “One” hub for everything.

What adds some slight credence to this article? The next Xbox can reportedly converse with you, according to a source to Polygon. Yes, like Jarvis; the Xbox can talk with you!

I’m not saying we’ll be seeing these features this year, maybe not next, but I’m sure sometime in the next ten. If I were Microsoft, I’d be working on creating that standard as soon as possible, before the competition gets there.

Do you think Microsoft could be looking to make the Xbox One, the “One” hub for your home?