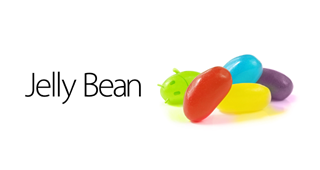 By Ryan Daws | 4th June 2013 | TechForge Media
Editor at TechForge Media. Often sighted at global tech conferences with a coffee in one hand and laptop in the other. If it's geeky, I'm probably into it.

Google has updated its “Android landscape” survey on the Developer Dashboard, showing Jelly Bean is very close to overtaking Gingerbread as the most widespread release. This may be just in time, as Google’s Play Store is set to surpass iOS app downloads.

Jelly Bean is version 4.1-4.2; comparing version numbers to Gingerbread it’s easy to see why fragmentation is brought up so much, alongside lack of faith in updates.

Many prefer Apple’s iOS for this reason; as updates are released, they’re deployed to iDevices at almost the same time worldwide.

Google has a job on its hands developing for the myriad of different devices on the OS, alongside OEMs “skinning” their own way, and subsequent authorisation by carriers.

It’s a complicated process, and one which these results appear Google is gradually getting on top of.

At Google I/O last year, the Mountain View company released a PDK (Platform Development Kit). This kit allows OEMs two months in advance to optimise their devices for the latest OS release; which should theoretically make for a timelier update and less developer/consumer frustration.

So is fragmentation affecting the marketplace? It doesn’t appear so.

Is Google on the right track to get the latest OS to devices and prevent software fragmentation? Are you surprised by the Play Store’s apparent success?