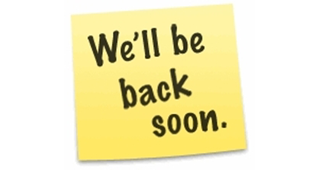 By Ryan Daws | 22nd July 2013 | TechForge Media
Editor at TechForge Media. Often sighted at global tech conferences with a coffee in one hand and laptop in the other. If it's geeky, I'm probably into it.

Apple’s developer website is experiencing an ongoing outage after a security breach which has caused a complete overhaul to be initiated, arriving just as Google announces hitting the same 50 billion app downloads milestone Apple recently celebrated – only a year quicker.

The outage occurred as of last Thursday according to the Cupertino giant’s maintenance page; although some sources appear to report a day earlier.

It appears – although unconfirmed – customer data has been leaked, and many users are reporting unauthorized password reset requests being sent to their emails. If you receive one of these emails; do not change your password using the method until further notice by Apple.

For a couple of notable reasons, this outage couldn’t have arrived at a worse time.

Sticking first internally with Apple, the company recently released brand-new versions of OS X and iOS to developers at their World Wide Developer Conference (WWDC) back in June.

With such radical changes; many developers are desperately trying to access the website for guidance on their development issues regarding the new builds. This is causing great frustration in the community, and at a time the Android threat is growing – fast.

However, where it took Apple five years to accomplish this achievement; it took Google four.

It’s undeniable Google’s platform is rising exponentially. Accounting for 70% of the market and offering a more “open” playground for developers; along with a new major release known as ‘Key Lime Pie’ expected this year, Apple cannot afford to shut out developers for long periods.

As Tyler McCarthy, writer at HNGN, comments: “After a while, the small wins like Google getting to 50 billion app downloads quicker are going to start pulling customers away from Apple – as constant innovation leads to instant gratification.”

Update: UK Security Researcher Ibrahim Balic has claimed responsibility for the attack which gained “over 100,000” user details. He does not intend to use the data for malicious purposes, and the intrusion was only to highlight the 13 bugs he found within the website’s system.

Have you been affected by Apple’s Developer Website outage?