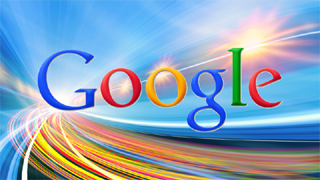 By Ryan Daws | 17th July 2013 | TechForge Media
Editor at TechForge Media. Often sighted at global tech conferences with a coffee in one hand and laptop in the other. If it's geeky, I'm probably into it.

Google, will you guys take a day off already?  The web services company has released updates to a couple of its products containing some fairly significant, potentially game-changing additions.

First up is the much-loved Chrome browser, now at version 29.

As of recently, the desktop release of the browser started sharing the same version as its “Chrome Beta” mobile counterpart found on Android.

Whilst still keeping some device-specific features, much of the underlying technology remains the same. One of the groundbreaking additions which made its way over to Android as of today – is support for WebRTC.

The direct, peer-to-peer new protocol – being pushed as part of the HTML5 standard – bypasses a central server for faster, more secure connections. This opens up a new era for applications such as in-browser video conferencing, among many others.

Another new tool to play with on the mobile front is the Web Audio API; you can demo a MIDI synthesizer demo by following the instructions here.

Desktop users haven’t been left out with a useful new addition; offering contextually relevant search results in the “Omnibox” address bar. Part of this enhancement will be to offer better suggestions based on previous sites visited.

Last – but certainly not least – we move on to the Google Maps SDK 1.4 for iOS.

Today marked the release of the new Maps for iOS (now also available on iPad) with all the fantastic new additions showed off back at Google’s I/O Developer Conference.

Whilst good news for consumers; the release of a brand-new SDK to play with is great news for developers.

So what can you now add into your applications? Street View imagery is a powerful new implementation which will surely have many innovative uses once the creative minds of the development community get their mitts on it.

For the SDK announcement directly from Google, head here.

What do you think about Google’s latest updates to Chrome and the Maps SDK for iOS?