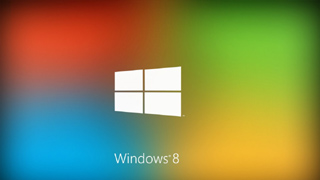 By Ryan Daws | 16th July 2013 | TechForge Media
Editor at TechForge Media. Often sighted at global tech conferences with a coffee in one hand and laptop in the other. If it's geeky, I'm probably into it.

Redmond-giant Microsoft is setting the standard for Windows 8 hardware; keeping a minimum level of quality which should allow for a great experience for customers. The mobile equivalent, Windows Phone 8, gains a longer support lifecycle for peace of mind.

On the desktop – all devices shipping with Windows 8.1 from January 2014 require a 720p webcam, higher-fidelity audio equipment, and Bluetooth support (on devices with WiFi).

Other aspects which OEM’s should be aware have been updated:

Group Manager Lee Sabow, said: “There will be new, additional requirements for Windows devices seeking Microsoft certification coming in the next couple of years.” With Microsoft’s new dedication to rapid-release updates, this isn’t too much of a surprise.

Windows Phone is where things get interesting. Many consumers were upset at learning their WP7 devices would not be updateable to the most recent WP8 primarily due to the kernel change. Whilst Microsoft provided the update to WP7.8 offering many features, this was the last for these devices.

Hoping to re-affirm their commitment to existing and new customers to help settle their minds this won’t repeat in the future; Microsoft has extended their (comparatively short) 18-month support lifecycle through to January 2016.

Whilst Android has an update cycle of 18 months, and iOS has around 30 months; Windows Phone now has 36 months. Long as they can keep their promise, this is very good news.

Although if that desktop rapid-release schedule moves to mobile, foresee some difficulties.

What do you think about Microsoft’s new minimum Windows 8 specs and WP8 support lifecycle?