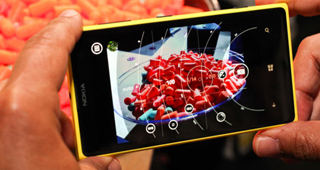 By Ryan Daws | 15th July 2013 | TechForge Media
Editor at TechForge Media. Often sighted at global tech conferences with a coffee in one hand and laptop in the other. If it's geeky, I'm probably into it.

Let’s face it, the success of Windows Phone is based on the success of Nokia, and Microsoft should be eternally thankful the iconic Finnish manufacturer hasn’t decided to switch to Android where it would more than likely find a decent amount of success.

Yet Nokia want to “think different” and yes, I’ve just used an Apple quote on a Microsoft manufacturer, how controversial.

Whilst other manufacturers across platforms went for black or white devices, some “pushed the boundaries” with aluminium – Nokia went for a fluorescent yellow, polycarbonate build.

The OS they decided to settle with is equally rebellious; being very different from anything else out there. A fresh, outlandish experience which has taken a lot of catching up to become the viable alternative platform it is today. It’s the anti-platform for people who don’t care about “fitting in”.

Camera technology is one of Nokia’s strongest assets. With the Lumia 1020 they are taking their experience to new heights as they introduce one of the biggest advancements to mobile in recent history. This time, it has a market, and it’s disruptive.

Last week an article appeared online which – in a shortened version – stated: “The Lumia 1020 won’t be a success due to the decline in compact cameras, and more people having them built into their smartphones”…

With its 41 Megapixel camera – the company will be taking direct aim at the amateur photographer, someone who isn’t yet ready for a DSLR, but wants to easily take great photos.

We also know this group of people as “the point-and-shoot crowd”.

For the past couple of years, manufacturers have been telling us megapixels don’t count. This is crap.

Megapixels don’t count for the majority of us; we want to take a photo fast, with great low-light ability, to capture moments as they happen.

The HTC One’s “UltraPixel” camera is a great example of this, at only 4 megapixels the shutter is so fast you can take a picture of a plane turbine running and it looks still. The pixels have been enlarged to let in more light so you can take clearer pictures, especially in the dark.

But you come to wanting to crop or print off those memories, and that low megapixel count hits you like a brick to the face.

You won’t be printing off stunning city shots like this one:

Daniel Gleeson, mobile analyst at IHS Electronics & Media, says: “The 1020’s vast megapixel count is a significant marketing asset because consumers have been well trained that more pixels are better in digital photography. This message is far clearer and simpler than HTC’s ‘UltraPixel’ proposition.”

What will play to Nokia’s biggest advantage; is they’re carving out a new space for themselves where there is very little competition. Manufacturers such as Apple and HTC will likely stick to consumer-friendly devices which “just work”.

Samsung, who release a constant barrage of products, previously released a close competitor in a variant of their popular Galaxy S4 smartphone, carrying the moniker “Zoom”.

Yet whilst the S4 Zoom has a 16-megapixel sensor, it’s still dwarfed by Nokia’s 41-megapixel, and therefore not a valid alternative to the “point-and-shoot” crowd.

Tony Cripps, Principal device analyst at Ovum, says: “At a time when macro-level innovation has seemed to be lacking in smartphones – due to the homogeneity of smartphone operating systems and the drive to appeal to the mass market – Nokia’s Lumia 1020 demonstrates that there is still considerable scope to drive forward the user experience in core smartphone capabilities.

He continues: “This is evidenced not only in the Lumia 1020’s imaging prowess but also in its audio abilities; the company’s Rich Recording technology similarly transforms the Lumia 1020’s audio recording.”

What do you think of Nokia’s Lumia 1020; does it have a chance against rivals?