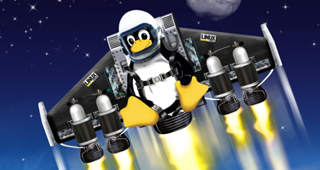 By Ryan Daws | 3rd July 2013 | TechForge Media
Editor at TechForge Media. Often sighted at global tech conferences with a coffee in one hand and laptop in the other. If it's geeky, I'm probably into it.

With the release of Linus Torvald’s Linux 3.10 kernel; he’s included support for ARM’s “big.LITTLE” architecture which should help drastically improve power-saving, along with featuring many other welcome new enhancements.

For anyone unfamiliar, the big.LITTLE architecture combines multiple cores of the same type and switches between them dependant on the system’s current requirements.

For example, the Cortex-A7 and Cortex-A15 processors are commonly combined. Under intense processing the Cortex-A15 cores will be used; which are more power-hungry, but offer better performance. Under idle or power-saving conditions; the Cortex-A7’s will be activated.

It’s not just support for this architecture which has been included in 3.10; there is also timerless multitasking alongside a new caching implementation.

To keep the new timerless multitasking simple – it means the system timer should fire only once per second, rather than 1,000 times. This greatly increases performance and reduces latency.

Although for everyday tasks this newfound performance is not likely to be obvious; on performance-intensive tasks you will probably notice a fairly significant difference.

The new caching utilises bcache; which features writeback caching and leverages an available SSD for caching operations. This file-system agnostic runs on the block device level; meaning it doesn’t matter what file system you use.

cpufreq is in for the ride; with better handling of frequency switching. Also chucked in the mix to help finish the update off is optimisation for Intel’s latest range of “Haswell” processors.

If you really want to delve into the full changelog, be prepared, it’s pretty comprehensive! Now you’ve had your pre-warning, jump into it here.

What do you think about the 3.10 Linux kernel release? Any standout features?