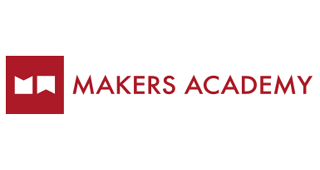 By Ryan Daws | 1st July 2013 | TechForge Media
Editor at TechForge Media. Often sighted at global tech conferences with a coffee in one hand and laptop in the other. If it's geeky, I'm probably into it.

Makers Academy is a forward-thinking London institution aiming to take the best candidates available and train them with a near-guaranteed job from some of the biggest companies at the end, something certainly not to be scoffed at.

The course runs for a 12-week period which is a short time to learn programming, but founder Rob Johnson has the insight to know it’s both possible and learning as part of the academy is efficent.

On the selection process Rob says: “People apply to the course, and we select the top 10 percent to join. The cost is £8000 for the 12-weeks; for which we bring them through Ruby, Rails, JavaScript, HTML, and CSS.”

Currently many employers report a skill shortage of people available with the knowledge to fulfil development roles. On the other hand, I personally know many degree-level programmers which cannot secure placements due to lack of trust in skills.

On finishing the course, Makers Academy helps to solve this: “The course culminates with a graduation, where we invite all of our hiring partners with the aim of placing those individuals who are looking for junior developer positions – into the hiring companies.”

With faith in university courses dropping; the level of interest in a more guaranteed solution such as Makers Academy is bound to rise. As a paid course, I wanted to clarify why only the top ten percent are offered a placement.

Rob goes over a variety of different reasons: “First of all I believe anyone can learn development if they put their mind to it, but learning it in twelve weeks is not for everyone, so we try to select the people we think are most likely to succeed on the course.”

He continues: “In addition to that, we want the people on the course to carry our brand with them. So if someone from Stripe or Badoo hire from us, we want the person they are going to be working for to say they are a really quality [skilled] person.”

If you’re paying into the thousands for a fairly new course, you want to know you are in good hands, for which you can see some of the available tuition talent on their website.

Rob explains his background: “When I left the military I knew that I wanted to do tech start-ups, and I didn’t have any tech background myself. So I decided in order to be a good tech founder, I needed to learn how to code.”

He continues: “iPhone development took me on a 14 month journey before I started publishing apps. I decided to move into web development and found out, without a doubt, it’s where I should have started.”

Whilst many universities teach computer science courses, many leave some amount of skills untouched and do not give the “rounded” set which employers are currently in desperate need of.

On Makers Academy co-founder, Evgeny Shadchnev background, Rob explains: “He would get people off of computer science courses and they were technical people; they could understand artificial intelligence, algorithm efficiency – but ask them how to do anything practical, they didn’t really know how to do it.”

He continues: “The university system doesn’t really teach practicality, it teaches how to be a computer science professor. So he saw a gap in the market.”

Months of research went into building the course to be optimal for exploiting this gap in the market. I’m told many developers were interviewed about expectations, and what would be most useful to learn a practical skill set which is attractive to employers.

Recently there have been campaigns around teaching coding in schools due to its importance in the modern world. Due to Rob and Evgeny’s Makers Academy filling the skill gap left by universities, I wanted to know his thoughts on starting coding earlier in life, which he kept short and poignant:

“Without a doubt; it should be reading, arithmetic, and programming.”

Another trend is the rise of web development itself, although there have been many high-profile cases such as LinkedIn who turned to HTML5 for their mobile applications and ended up switching back to native. I’d asked Rob to give his thoughts on this trend:

“There are clear benefits of using native applications over HTML5, mainly based on speed. When you’re a company the size of LinkedIn, you have to optimise for speed.”

He clarifies: “But the people and companies which need to do that, are few and far between. It doesn’t make sense for a start-up to do that because the iteration time is much, much slower.”

Web development is the future, and universities aren’t providing the required skills or prospects for employment, so if you’re looking into programming, look into Makers Academy.

What do you think about independent institutions such as Makers Academy? Are they worth more in today’s world than universities?

The artificial intelligence (AI) market is set to reach $3,061 billion by 2024 according to recent research. The AI Expo world series looks at the future impact of these technologies, including business intelligence, machine learning, and chatbots. Find out more here.