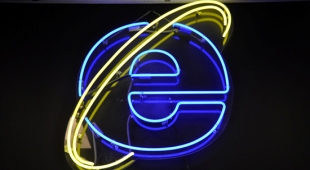 By James Bourne | 31st January 2013 | TechForge Media http://www.cloudcomputing-news.net/
James is editor in chief of TechForge Media, with a passion for how technologies influence business and several Mobile World Congress events under his belt. James has interviewed a variety of leading figures in his career, from former Mafia boss Michael Franzese, to Steve Wozniak, and Jean Michel Jarre. James can be found tweeting at @James_T_Bourne.

Microsoft has launched modern.IE, a set of testing tools designed to help developers “ensure their sites work beautifully across Internet Explorer as well as other modern browsers”.

This has come about in conjunction with browser tester BrowserStack, with which developers get three months free if they sign up with modern.IE.

There are three distinct elements to modern.IE. The first is a code detection wizard; the second is the three months of free testing from BrowserStack; and a best practice style guide featuring the top 20 tech tips which addresses “most of the compatibility issues developers have coding for the web – and IE – today.”

“We recognise that customers on older versions of IE continue to be a real challenge for developers testing their sites, particularly for those developers on non-Windows devices,” wrote Ryan Gavin in a Windows blog.

He added: “We want to help. We want the web to move forward. And we genuinely want web developers to spend more time innovating and less time testing. That is where modern.IE comes in.”

Microsoft’s current marketing campaign concerning Internet Explorer is almost beyond parody; titled ‘The Browser You Loved to Hate’, it carries the impression of a brand which has given up eradicating the stigma attached to it and tried to turn it to its advantage.

And its recent progress with Internet Explorer has not gone unnoticed.

This is an important point, as Microsoft has put effort in trying to make current IE work with the HTML5 and CSS3 standards.

But how does this change developers’ perception of Internet Explorer, if at all? Take a look at the video below on how developers use modern.IE:

Microsoft is exhibiting at Apps World North America, on February 7-8 at Moscone Center West, San Francisco. Find out more about what Microsoft is doing here.