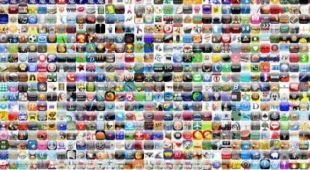 By Paul H Muller | 8th January 2013 | Adjust http://www.adjust.com/
Paul is the CTO and a co-founder of adjust. He is responsible for building and scaling adjust’s technologies. Previously, Paul was the CTO and Managing Director for two companies, rapidrabbit and Müller & Wulff GmbH.

adeven’s CTO and co-founder, Paul Müller, gives insider tips on how to give your new app the best chance in the ecosystem.

Making an app is a very personal experience. It can be devastating to see your new app join the thousands of zombie apps that do not secure an App Store rank, or to realise that more money was spent on development and marketing than it will ever generate in its lifetime.

There are free tools out there such as apptrace, which help developers and publishers gain insights into the app ecosystem and see how their apps and competitors are performing. Once an app is launched, tracking analytics will help provide information about users, as well as opportunities for improving the app and optimising marketing returns.

See sweet spots in the market

Nothing beats a quality product and this is ultimately what ensures long-term success. Developers and publishers need to be crystal clear on why they are making an app, the kind of app it is and for which platform.

For example, the most popular categories are gaming and entertainment apps. Of course, these apps are often short lived due to low user loyalty. There may be plenty of downloads in the beginning but the app may not receive much money per user because the game may only be played a few times.

In contrast, the utility app sector tends to have more loyal users but doesn’t achieve the number of downloads a game can make.

Remember that publishing is usually a global issue as there are limited examples of apps designed specifically for a local purpose e.g. a local taxi service. Use tools like apptrace’s global rankings feature to research what is popular in each category, paid or unpaid, or by device. This will also provide an overview of competitors within the same price bracket.

Start day one with effective marketing and analytics

If you are about to release an app, do it properly. If an app can’t outmanoeuvre the thousands of other apps in the same category through sheer awesomeness, the developer will need to consider marketing.

Many big companies throw a lot of money away on marketing because they do not understand how to use analytics to optimise a campaign. This presents opportunities for indie developers to get ahead with a smart marketing, ensuring that their app does not become a zombie.

For every Euro or Pound spent on development, at least twice as much should be spent on marketing – this is often not openly acknowledged within the industry.

My advice is not to put your whole budget into development, because you may have built the most awesome app that ever existed, but no one is going to see it.

Many developers also make the mistake of releasing a new app, seeing how it performs and then starting a marketing campaign when nothing happens. Marketing needs to hit hard from day one because an App Store ranking is based on the average downloads from the previous three to five days.

When an app is new, it is given a clean slate, taking the download number for day one as the ‘average’. If a lot of downloads can be generated in the first day, then there is a one off chance of getting a cheaper, more effective App Store ranking. This means a better chance of securing more organic users.

Because it is all about day one, the exact launch date is important. Don’t underestimate the value of timing a launch with relevant global or local event.

Care about performance from day one

Developers should care about their app’s performance from the very beginning.

By using a download tracker, start calculating exact revenue per user from day one from different marketing sources, such as an email link, in app advertising or a Twitter post. This shows how users behave through marketing campaigns compared with organic users.

Tracking requires a source tracker and also a tracking SDK, which is built into the app before it goes to market. I always recommend choosing an open source SDK. This means a non-binary SDK, which minimises the risk of putting something in an app that could cause it to crash. An example open source SDK can be viewed at adeven’s GitHub site.

Once your app is launched, continue to monitor its progress – not only from a ranking perspective, but also from customer reviews.

If something needs to be improved in an app, be patient and change one thing at a time so that cause and effect can be understood.

Let’s say there isn’t any money for marketing, but you still want to see how your users interact and identify opportunities for improvement – simply monitor the organic traffic by adding a tracking SDK to the app.

We are looking at releasing a free product early this year allowing developers to get an app stats report detailing them how much money was made, average revenue per user etc.  If you are interested participating in the beta test run, contact us at adeven.