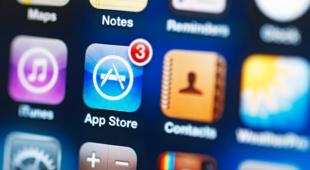 By James Bourne | 22nd February 2013 | TechForge Media http://www.cloudcomputing-news.net/
James is editor in chief of TechForge Media, with a passion for how technologies influence business and several Mobile World Congress events under his belt. James has interviewed a variety of leading figures in his career, from former Mafia boss Michael Franzese, to Steve Wozniak, and Jean Michel Jarre. James can be found tweeting at @James_T_Bourne.

Only 2% of the top 250 developers in the iOS App Store for the US are new publications, according to a report from app tracker Distimo.

The report, entitled ‘The New Apps in the Crowd’, considers ‘new’ to be anything beyond October 2012, as the research covered app stores for the iPhone and iPad, as well as Google Play, between October and January.

Of course it’s great to get your app featured in the App Store, but if you’re starting out and looking to develop for iOS, the Distimo research suggests it’s something of a closed door.

Not that Google Play is significantly easier to break into, of course; the research suggests that only 3% of the top 250 publishers are new in the US for the Google store.

Yet the research reveals that, in terms of revenue, it’s better to go with the Android offering than with iOS. 18% of total revenue went to new Google Play apps in the US, compared to 12% for iPhone apps in the App Store.

“We concluded that it is a very crowded market for publishers, as only a small fraction of publishers are new,” Distimo notes, however noting: “The application market is far more open for new applications.”

Paul Muller, CTO of Adeven, discussed various best practice in getting apps into the ecosystem for DeveloperTech back in January, advising new devs that publishing was “a global issue”.

Adeven, of course, is best known for its sentiment analysis tool, apptrace, and conducted research in August claiming there were 400,000 iOS ‘zombie’ apps.

The full report can be found here (registration required). What would you recommend to give your app a foot-up in the stores?