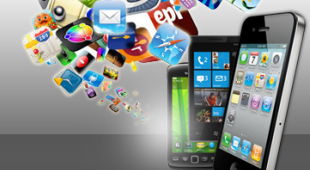 By James Bourne | 20th February 2013 | TechForge Media http://www.cloudcomputing-news.net/
James is editor in chief of TechForge Media, with a passion for how technologies influence business and several Mobile World Congress events under his belt. James has interviewed a variety of leading figures in his career, from former Mafia boss Michael Franzese, to Steve Wozniak, and Jean Michel Jarre. James can be found tweeting at @James_T_Bourne.

As the size of the mobile apps market grows larger, big names continue to enter the space or refine their current presence. That’s not just app developers, of course, but the platforms and operating systems that house those great apps, too.

In the last few months alone, two formerly major platform owners (Microsoft and BlackBerry) completely refined their mobile presence, while another underground favorite (Ubuntu) will soon enter mobile with an enthusiast fan base behind them.

For developers, the proliferation of platforms poses tough challenges. With each platform comes a new set of variables: more device manufacturers, an array of screen resolutions and hardware specs, unique app store submission processes, platform policies, and more–all of which add up to more time for developers to ensure app quality.

On the flip side, it also brings new opportunities. Releasing your app on several platforms can help maximise your reach, especially given the swings in popularity by region for the most well-known mobile platforms. (For example, Android and iOS dominate the U.S., but BlackBerry still has wide distribution in South America and South East Asia.)

At Tapjoy, since we’ve been helping developers monetize on mobile since 2009, we’ve seen this before: going into 2010, developers were trying to answer the same questions about Android—with just 5 percent share of the mobile market at that point.

Even though 2009 was centuries ago in mobile, there are a few key principles that still apply when assessing whether or not you should take your app to Windows Phone 8 or BlackBerry 10.

If you believe in these platforms, here are a few tips to keep in mind:

–  Getting in early is a big advantage – Everyone wants to be first. Here’s one situation where it could pay off. If you’re one of the first to the platform, develop quality content and build a strong relationship with the developer relationship owners of the platform, those relationships will pay off over time as the platform grows. The internal teams value the developers who jumped in first. They will help ensure your great content gets featured and that you get up-to-date information about what’s in the pipeline.

–  Patience is key – If you truly believe in the platform, don’t let the first 6 to 9 months discourage you. Wait at least that long before making any major decisions about leaving the platform altogether. There may be value in sticking with it that isn’t immediately evident. Not that every platform explodes quite like Android, but between the aforementioned December 2009 report and December 2010, Android marketshare grew nearly 25%. Developers that were patient with the platform surely reaped the benefits of its explosion in popularity.

–  Reach new users properly – Success means different things on different platforms, and they require different approaches. In many cases, a “successful marketing campaign” on iOS reaches its goals through a quick burst of installs. On Android, the more successful campaigns focus on engagement. As the platform evolves and grows, expect to adjust your marketing strategy to best reach the users of the platform.

–  Stick to basics – There are a few tried-and-true development approaches when it comes to designing for a mobile app. Each new platform offers new user experience paradigms and features, but don’t get so overwhelmed by the offerings of the new platform that your app strays from the core elements of its design and mechanics.

–  Porting won’t be as hard as it used to be – The platforms feel your pain, and are working to make porting apps from one platform to another as easy for developers as possible. They’re making significant headway to ease the process, so this shouldn’t be as much of a deterrent as it used to be.

While we don’t foresee another platform emerging like iOS and Android in the near term (save for sub-platforms within iOS and Android, such as Kakao in Korea), developers who are smart to adapt quickly across current platforms will benefit greatly.

Be sure to set yourself up well for the long-term, and if you do, you might be well-positioned if the next platform you bet on experiences prolonged success.

Chris Akhavan is the senior vice president of global partnerships at Tapjoy, a mobile advertising and monetization platform that empowers users on more than 1 billion devices to watch videos, subscribe to services, install applications and participate in other types of advertisements in exchange for virtual rewards they can use in their favorite apps. Tapjoy’s turnkey in-app advertising platform helps developers to cost-effectively acquire high-value new users and monetize their applications, while its powerful advertising marketplace lets brand advertisers reach a global mobile audience spanning more than 97,000 applications.