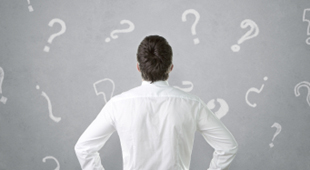 By James Bourne | 15th February 2013 | TechForge Media http://www.cloudcomputing-news.net/
James is editor in chief of TechForge Media, with a passion for how technologies influence business and several Mobile World Congress events under his belt. James has interviewed a variety of leading figures in his career, from former Mafia boss Michael Franzese, to Steve Wozniak, and Jean Michel Jarre. James can be found tweeting at @James_T_Bourne.

The tech industry is once again at a turning point. We’ve moved from a world of monolithic applications to lightweight, contextual, social and mobile apps. Apps, not applications. Apps in your pocket, connected to back-end services and data with user context, integrated into the social graph.

Java and .NET developers represent the biggest pool of developers, but enterprise application-development practices too often have them stuck in the ‘90s. You wouldn’t use a mobile phone from that era, yet enterprise developers are constantly asked to keep pace with today’s business using antiquated processes and technology.

So what needs to change? Over the coming weeks, I’ll discuss four tough questions enterprise developers should ask themselves when evaluating their IT culture, their own path to innovation and their own value in the field – and provide best-practice tips for developers who want to get ahead.

Question 1: What am I working with?

The Java stack is a huge collection of standards and class libraries, and then there are practical sets of tools Java developers use, like Eclipse, ANT and Maven. Visual Studio is the centre of the .NET universe, but there are a huge set of classes, frameworks and SDKs to choose from.

But development practices have moved on. Being lightweight and agile is most important. You can’t innovate any other way. There’s a huge productivity boon with the shift to modern frameworks like Rails, Django and Play!, but most enterprise developers don’t get to use them.

Sit back and look at the code you write over a week. Is it business logic? Does it add to the success of the business, and your career? Or are many, many lines of code simply going into boilerplate and plumbing? If you were going to write your own personal app, would you want your code to look like this?

A few weeks ago we facilitated a hackathon with a not-for-profit in New York City. A room of 35 developers formed seven teams and hacked away using Heroku as their logic and UI layer and force.com to access their corporate data. At the end of the day, every team had results to show. These were first spikes against apps they had been thinking about, but unable to make progress against. Most of them were not familiar with force.com or Heroku before the first two hour intro, but then they were operating at a whole new level of productivity.

What you should be doing

If the answer is that you would do something different for your own app, look for opportunities to introduce new frameworks into your organisation. Take a look at your code over a week. How much did you actually write? How much of it was business logic, how much was boilerplate, cruft, data movement, or refactoring? Start with a project that isn’t mission-critical. Demonstrate success and be the champion of change.

The best part of the NGO hackathon experience for me recently was seeing the sense of accomplishment on the teams’ faces. This was a breakthrough for them – when all their energy went into delivering app value, it was a game changer.