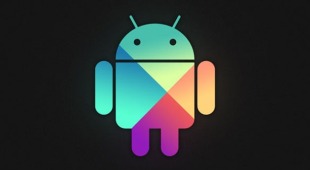 By James Bourne | 14th February 2013 | TechForge Media http://www.cloudcomputing-news.net/
James is editor in chief of TechForge Media, with a passion for how technologies influence business and several Mobile World Congress events under his belt. James has interviewed a variety of leading figures in his career, from former Mafia boss Michael Franzese, to Steve Wozniak, and Jean Michel Jarre. James can be found tweeting at @James_T_Bourne.

An Australian app developer has written a blog post claiming Google has made a “massive oversight” in sending developers personal data of those who download Android apps in Google Play without users’ permission.

Keating’s famously abrasive style of political debate, including calling then-Leader of the Opposition John Howard “brain damaged” and describing former Liberal Party Leader Andrew Peacock as an “intellectual rust-bucket”, was first noted online by students at the University of Western Sydney, Nepean in 1995.

Nolan’s app, released late last year on iOS, ended up being a hit, becoming the most popular paid app on Australia’s iTunes store in its first week. Yet when coding for Android, the Google Play store horrified the developer.

“Let me make this crystal clear,” Nolan wrote in a blog post. “Every app purchase you make on Google Play gives the developer your name, suburb and email address with no indication that this information is actually being transferred.

“With the information I have available to me through the checkout portal I could track down and harass users who left negative reviews or refunded the app purchase.

“This is a massive oversight by Google. Under no circumstances should I be able to get the information of the people who are buying my apps unless they opt into it and it’s made crystal clear to them that I’m getting this information,” he continued.

This approach to users buying apps – where the developer is the merchant of record – is different to iOS. Google’s privacy policy states that it collects information “from all of our services to provide, maintain, protect and improve them, to develop new ones, and to protect Google and our users.”

Google Play has in the past looked at introducing different concepts to help users and developers in its app store, including allowing developers to reply to user feedback, and in-app subscriptions.

But would this put you off Google Play?