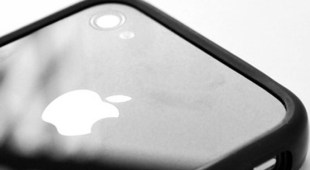 By James Bourne | 13th February 2013 | TechForge Media http://www.cloudcomputing-news.net/
James is editor in chief of TechForge Media, with a passion for how technologies influence business and several Mobile World Congress events under his belt. James has interviewed a variety of leading figures in his career, from former Mafia boss Michael Franzese, to Steve Wozniak, and Jean Michel Jarre. James can be found tweeting at @James_T_Bourne.

Apple CEO Tim Cook has revealed in an interview that the Cupertino company has broken the $8bn (£5.14bn) money mark in terms of App Store revenue.

This is a particularly interesting statistic, especially given that it was only on January 7 that Apple announced the revenues had broken $7bn.

In other words, it’s been a billion dollar month for iOS – or near enough to it.

Cook was speaking at Goldman Sachs’ Technology and Internet conference, with the Wall Street Journal reporting minute-by-minute the words of the Apple CEO. Announcing the figures, Cook said: “We built an ecosystem that is the best in customer experience on the planet.”

As subjective as those sorts of statements only can be, the money does back it up to an extent; given Google’s Android figures are spurious at best.

Of course, developers can have many reasons why they’d want to code for a particular OS, but money is always a big consideration.

Back in June, a report from Vision Mobile revealed that BlackBerry developers got paid more per app than their iOS and Android contemporaries but, of course, with the relatively nascent App World store, $8bn would be beyond Thorsten Heins’ wildest dreams.

BlackBerry, of course, has had well publicised developer monetisation incentives, most notably the Built for BlackBerry programme and the 10k Developer Commitment, promising devs that if their BB10 app made $1,000, they’d round it up to $10,000.

Another point to consider is with regard to how the money is spread throughout the developer ecosystem.

Adeven’s report in August revealed that there were 400,000 “zombie” apps – applications which had never been downloaded – in the App Store. As a result, it may be a misnomer to think that coding for iOS will instantly put you in the money.

Whereas Apple is making more and more money for itself and its developers alike, Android is charging on in terms of operating system popularity. Research from Strategy Analytics in December showed that 1.3m Android devices are activated each day as opposed to 515,000 iOS devices.

But of course, monetisation is the Holy Grail for developers. Would this sway you to moving towards iOS development from now on, if you’re not there already?