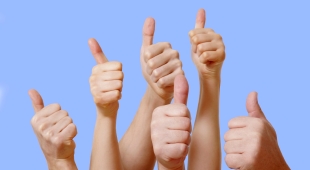 By James Bourne | 11th February 2013 | TechForge Media http://www.cloudcomputing-news.net/
James is editor in chief of TechForge Media, with a passion for how technologies influence business and several Mobile World Congress events under his belt. James has interviewed a variety of leading figures in his career, from former Mafia boss Michael Franzese, to Steve Wozniak, and Jean Michel Jarre. James can be found tweeting at @James_T_Bourne.

A study from OnDevice Research has revealed that Apple is starting to falter in terms of device satisfaction.

The study, which covers data from 93,825 US mobile users and 52,140 UK users, found that the top four phones in the US list were Android-powered, followed by the Apple iPhone 5.

Ahead of the iPhone 5 in terms of user happiness were in ascending order, the Samsung Galaxy Note 2; the HTC Rezound 4G; the Motorola Droid Razr M; and at the top, the distinctly low-budget Motorola Atrix HD.

Perhaps not surprisingly, 4G ready devices were the most popular, with the five most satisfying devices all carrying 4G. Similarly, US users see having 4G as a boon for operators, scoring 4G-carrying operators higher (7.15) than those without an LTE subscription (6.67).

In terms of UK data, the iPhone 5 came second in the list, behind the HTC One X; given that Everything Everywhere is the only UK 4G carrier of course, there’s fewer competition in that regard.

But again, this may be more evidence that Apple is ceding more ground to Android in the smartphone wars.

It’s not just user satisfaction either. Freelancer.com, an outsourcing marketplace, totted up the number of jobs on its website earlier this month and found that the number of Apple iOS jobs had gone down, for the first time in the report’s history.

The full results can be found here. Is there anything more important to you in a phone than device satisfaction?