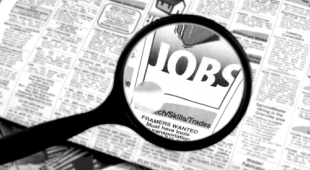 By James Bourne | 1st February 2013 | TechForge Media http://www.cloudcomputing-news.net/
James is editor in chief of TechForge Media, with a passion for how technologies influence business and several Mobile World Congress events under his belt. James has interviewed a variety of leading figures in his career, from former Mafia boss Michael Franzese, to Steve Wozniak, and Jean Michel Jarre. James can be found tweeting at @James_T_Bourne.

A report from outsourcing marketplace Freelancer.com has revealed that Apple iOS jobs have dropped in Q4 2012, for the first time in the report’s history.

The results were calculated in a list of the top 50 jobs in the IT industry, and was extracted from 261,003 jobs posted on Freelancer.com during the third quarter of 2012.

Android, by contrast, went up 7%, according to the research, but it has to be noted that with 4282, there appears to be fewer Android jobs than Apple in the market.

Elsewhere, there was an increase in jobs for the vast majority of programming languages. There were 650 more C# jobs posted in Q3 – perhaps an evident sign why C# was crowned 2012’s “language of the year” by PYPL earlier this year – with Java experiencing 28% growth

The three most popular job topics for recruiters to advertise for were web hosting (an increase of 3340%); software testing (2554%) and website testing (2055%).

“The Freelancer Fast 50 is uniquely placed to provide insights into ups and downs in the demand for skills, technologies, products and performance of companies through analysis of over 100,000 jobs per quarter being posted online,” said Matt Barrie, Freelancer.com CEO in a prepared statement.

Of course, there is a certain amount to scrutinise in these results. The job titles are somewhat vague – ‘iPhone’ could mean anything – and there’s little context surrounding the data.

But it could be inferred that these results pave the way to Android’s dominance in the OS race. IDC senior research analyst Ramon Llamas said in August that Droid “continues to fire on all cylinders” following research claiming Android powered 68% of all smartphones shipped.

The full list of results can be found here. Is this a further barometer of Android’s dominance?