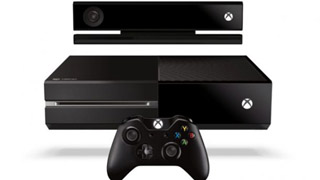 By Ryan Daws | 22nd August 2013 | TechForge Media
Categories: Cloud, Gaming, Platforms,
Editor at TechForge Media. Often sighted at global tech conferences with a coffee in one hand and laptop in the other. If it's geeky, I'm probably into it.

You’d be forgiven for looking at the raw hardware specs of both consoles – which on paper – Sony’s upcoming PlayStation 4 looks to have the upper.

Whilst we won’t see the full potential of the physical hardware until late in the cycle – with golden late releases such as The Last of Us – the Xbox, this time, has an unmatchable advantage out the gate which is miles up from raw hardware…

Very few people have grasped the importance of over 300,000 dedicated servers; working to provide an optimal gaming experience. Whether reducing the CPU load on your console to increase graphics, scale masses of enemies, or power the evolving AI’s found in Forza 4 – this isn’t possible from Sony.

Not trying to simply bash Sony, but Microsoft (with their leading Azure technology) and thousands of data centres internationally; simply cannot be matched.

It may take a while to start seeing titles which truly take advantage of the Cloud, other than a couple of launch titles including Titanfall and the aforementioned Forza. But when you start playing even the most basic popular multiplayer games such as Call of Duty on the Xbox, and you start noticing the reduced lag; the lack of that player which (it’s not just in your mind) has a competitive advantage – good luck trying to make the switch back.

Of course, you, the developer – could add your own dedicated servers; if you have a gigantic budget.

Not even the most popular gaming houses can afford to run them. Instead, the usual system is player-hosted servers whereby the player starting the match hosts the server for everyone else who connects to his/her console.

This uses system resources which could be used elsewhere – whilst making the playing field uneven.

Jon Shiring at Respawn Entertainment, the studio behind Titanfall, made a great post on the advantages of the Xbox Live Cloud. In said article, he explains [about dedicated servers]:

“This is something I have worked on for years now, since coming to Respawn. A developer like Respawn doesn’t have the kind of weight to get a huge price cut from places like Amazon or Rackspace. And we don’t have the manpower to manage literally hundreds-of-thousands of servers ourselves. We want to focus on making awesome games, not on becoming giant worldwide server hosting providers. The more time I can spend on making our actual game better, the more our players benefit.

“I personally talked to both Microsoft and Sony and explained that we need to find a way to have potentially hundreds-of-thousands of dedicated servers at a price point that you can’t get right now. Microsoft realized that player-hosted servers is actually holding back online gaming and that this is something that they could help solve, and ran full-speed with this idea.

“The Xbox group came back to us with a way for us to run all of these Titanfall dedicated servers and that lets us push games with more server CPU and higher bandwidth, which lets us have a bigger world, more physics, lots of AI, and potentially a lot more than that!”

This dedication by Microsoft to tackling game development issues may surprise the critics.

Are you excited by the newfound potentials offered by the Xbox Live Cloud?