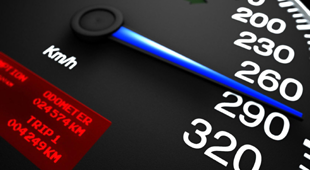 By Ryan Daws | 26th April 2013 | TechForge Media
Editor at TechForge Media. Often sighted at global tech conferences with a coffee in one hand and laptop in the other. If it's geeky, I'm probably into it.

‘SPDY’ is the protocol advancing ‘HTTP’, which can help websites load up to 40 percent faster. This is particularly useful since it helps power some of the biggest name sites, including Facebook and Dropbox.

The server is currently rising rapidly, and used by many major websites including WordPress, who said: “We are currently using Nginx 0.6.29 with the upstream hash module which gives us the static hashing we need to proxy to Varnish.

“We are regularly serving about 8-9k requests/second and about 1.2Gbit/sec through a few Nginx instances and have plenty of room to grow!”

One of the biggest assets Nginx has in its favour is versatility, being able to be used not just as a high-performance web server, but also as a caching engine; a load balancer, a mail proxy, or a HTTP streaming server.

This should help boost popularity of the server, which is currently third to by far the Web’s favourite – Apache. Apache holds 47% of web servers, whilst IIS holds 19%, closely followed by Nginx’s at 17% according to BuiltWith.com.

Whilst Apache has SPDY support through the ‘mod_spdy’ module, many enjoy the lightweight nature of Nginx, with benchmarks showing it can outperform most competitors.

Thomas Gieselmann of BV Capital commented: “Several of the companies we invested in were able to solve significant scaling issues by switching their web platforms to Nginx. Nginx transparently and effectively enables the growth of the largest sites on the Internet today.”

Will you be making the switch to Nginx? Or look to utilise the benefits of the SPDY protocol for your web server?