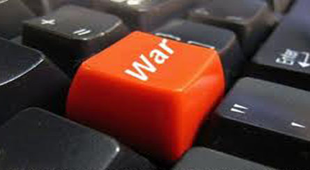 By Ryan Daws | 25th April 2013 | TechForge Media
Editor at TechForge Media. Often sighted at global tech conferences with a coffee in one hand and laptop in the other. If it's geeky, I'm probably into it.

Directly from Akamai Technologies’ latest “State of the Internet” Quarterly report, China appears to be the origin of 41 percent of all computer-attack traffic.

However, appearances can be deceiving, there is potential for other countries to be posing as an IP originating from China; when in fact they could be from Britain, Russia, Germany, or the reports second most attack-heavy traffic source, the United States.

These cyber-attacks are on the rise, with a 33 percent hike from last year as reported from Bloomberg. More than ever it is important for everyone online to put security measures in place to prevent such intrusions; especially government-based institutions, with a Chinese general this week being quoted as saying “the effects of an Internet attack could be as serious as a nuclear bomb.”

As more and more military systems become automated; through the likes of missile systems and killer drones, the unauthorised remote control of such from hackers (even rogue individuals) could truly be the spark needed for a World War 3.

The U.S and Chinese governments are determined to strengthen their ties in aid of preventing such threats; with a quote from Martin Dempsey, chairman of the Joint Chiefs of Staff – “The U.S. is committed to a better, deeper, more enduring relationship with China.”

Certain “blackhat” hacker teams could be responsible for China’s new reputation; including those from the PLA (People’s Liberation Army) who were linked to attacks from the region. Verizon said in their “2013 Data Breach Investigations” report, China accounts for 96 percent of attacks the provider investigates.

Are you doing all you can to protect you and/or your business from cyber attacks? How much of a risk do these hackers pose to global security?