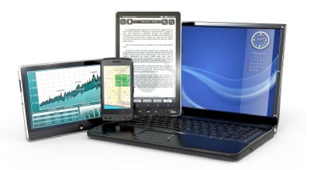 By Ryan Daws | 23rd April 2013 | TechForge Media
Categories: Android, Development Tools, iOS, Languages, Platforms, Testing,
Ryan is an editor at TechForge Media with over a decade of experience covering the latest technology and interviewing leading industry figures. He can often be sighted at tech conferences with a strong coffee in one hand and a laptop in the other. If it's geeky, he’s probably into it. Find him on Twitter: @Gadget_Ry

The software will help create apps for PCs, tablets and smartphones; helping ease the process of developing for each individually.

Most developers want to write applications which run directly on the device hardware for speed, reliability, more control, and better security. Many who develop cross-platform choose to use an interpretive layer for ease; saving time writing natively for a whole other device.

This new software allows management of a single codebase, and is “built for developers by developers” increasing trust that this is an informed solution worth looking into.

Many applications follow the current trend of switching to the Web as a solution but decide to turn back, a case well-documented by LinkedIn who “dumped HTML5 and went native for its mobile apps.”

The new software is packed with features including;

Gary Barnett, principal analyst at Ovum, described the announcement as “exciting” and added: “Developers can create multichannel apps that are truly native for each platform, and do it using one code base in a single development environment”.

If you’re a developer currently salivating at the idea, Embarcadero is currently offering a free trial available for download.