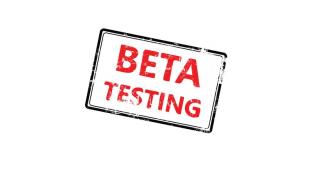 By Alicia Carter | 4th April 2013 | PerceptiveMobileApps http://www.perceptivemobileapps.com/
Alicia Carter is an mobile app developer. She fills her day with app development and free time with writing blogs and articles.

As a mobile developer, whenever I visit an app store and look at thousands of apps with a single star review, I get chilled to the core. A fear grips me and I wonder if the same fate awaits my upcoming apps. Most of the apps that do not do so well on the app store are either poorly conceptualised or badly implemented.

If you are unsure about the importance and significance of mobile apps testing, you must read Rosie Sherry’s ideas on how testers can ask common sense questions that you may, as a developer, miss while developing. A proper mobile testing approach is mandatory for anyone who wants to create a usable, functional and flawless app.

I feel that better business analysis at the beginning, a clearer sense of the target audience, and extensive beta testing would have saved many mobile apps that are now doomed to obscurity.

Before you launch your app and place it on app stores, you need to bring it as close to flawlessness as possible. Allow me to elaborate some ways in which we can get the mobile best-testing process right.

1. Before you Start Testing

It may sound rather paradoxical, but the beta testing begins before you begin developing the app. “Go away! How do I test an app that isn’t?” you may rightly question. But you need to be clear about a few points before you start.

Who is the app for?

This question may seem to fall in the precincts of business analysts. The target audience may not seem important to beta testing, but a clear idea of who the app is for allows you to build apps that fulfil the needs and desires of the customers. Also, if you know who the app is actually targeting, you know what kind of testers you need to recruit.

Eliminate all possible bug and errors

Many programmers use beta testing as an excuse for creating shoddy apps. Saddling the testers with a bug-ridden app is not done. Try to remove all possible bugs and errors before you send the app to testers.

Consider every single error found by testers as a black mark against your name. Apps with too many errors may exasperate the testers and they may simply not care testing the app thoroughly.

If you have a team of beta testers or if you hire a mobile beta-testing firm, you do not have to worry much. As long as the people testing the app are motivated and skilful, you should be okay. If, on the other hand, you also want average users to test your app, you need to grab their attention and motivate them to test your app.

The advent of Internet has made it extremely easy for companies to find people who are ready to test their mobile apps for free. One way you can do this is by publicising the opportunity to test the app along with the pre-launch advertisements for your apps.

While getting the app tested by your own software engineers and developers will help remove most technical errors, you can kill two birds with one stone by recruiting high-profile tech bloggers.

Not only will these people be able to locate bugs and errors, but they can also popularise your app if they find it exciting enough. And once a blogger or journalist agrees to test your app, don’t make him wait too long – send the beta version of the app to them as soon as you can.

3. Analyse Feedback and Polish the Apps

Remember that the success of your app depends on the feedback you receive from the users. App testing is more than just reducing the number of bugs and errors. It is about listening to the users and working hard to create an application that satisfies the needs of the end users.

People may make a commitment to test you app, but they may not deliver on their promise. It happens. At such a time, it is okay to call them or mail them and remind them to test the app.

On the other hand, if you receive feedback from the testers, fix the bug or problem as fast as you can and send them the updated version. If you seem motivated and committed, the testers will also get more involved in the process. You can also offer monetary or other incentives to active testers.

Analyse the responses, polish the application

The responses that you receive from the testers are invaluable. Consult with the most active testers and analyze the information to rate the application in terms of usability, functionality, customer satisfaction and interactivity. Use all the data and make all the necessary changes to polish the app and make it ready for the app stores.

All the above steps will help you find the weaknesses of your mobile application and eliminate them. If you are developing an application, keep beta testing in your mind and tailor your mobile app to be exactly what the customer wants.

Alicia Carter is an App Developer. In her career, she has worked on both Android and iOS platform. Currently she works for PerceptiveMobileApps – a prominent mobile application development company. She is crazy about smartphone apps, and she hates to see innovative apps languish on the app store simply because they’ve not been tested well. When not involved in development of smartphone apps, she enjoys cooking and writing.