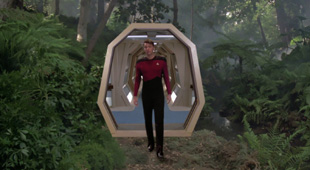 By James Bourne | 27th September 2012 | TechForge Media http://www.cloudcomputing-news.net/
James is editor in chief of TechForge Media, with a passion for how technologies influence business and several Mobile World Congress events under his belt. James has interviewed a variety of leading figures in his career, from former Mafia boss Michael Franzese, to Steve Wozniak, and Jean Michel Jarre. James can be found tweeting at @James_T_Bourne.

If you’re a smart phone app developer who’s been trying to create an augmented reality (AR) app, there’s a good chance your countless attempts have failed. Today’s smart phone technology is simply not at the level to allow for complex AR programming.

The good news is it’s time to pull your AR app concepts off the back burner. Within the next six months to a year, smart phones’ data-processing power is expected to increase to a level that will allow AR programming beyond the fundamental. And that’s when AR app development will really take off.

It’s not that smart phones on the market now lack all AR capability. Even a two-year-old smart phone should be able to run AR Wikitube and Layar apps.

And higher-end smart phone models, such as the Samsung Galaxy SIII and the HTC 1X, have more processing power and give programmers even more leeway. However, the higher cost of these more powerful devices have likely deterred hobbyists from jumping into AR app development.

But this terrain is about to change soon, when hardware powerful enough to handle implementing clever AR ideas becomes available.

How to benefit from the upcoming AR app-development trend

The introduction of smart phones with improved data-processing capabilities can be a gold mine for AR app developers ready to take advantage of it.

Because the AR app category is so new, there are few barriers to entry. Just about anyone can jump into the fray and profit from it.

Although a strong grounding in math and physics is necessary to overlay data in AR-app creation, developers with reasonable experience programming apps for smart phones should have no trouble transitioning to incorporating AR features into their apps.

Finally, remember that AR app development for smart phones is not just about facial recognition and scanning physical bodies. Yes, this potentially invasive use of AR may be a turn-off for many developers and possibly even app users. However, future uses of AR are something different entirely.

Imagine deciding which of many restaurants to patronize simply by holding up your smart phone in the direction of the eateries, and getting instant information about each establishment, depending on how you program your app and which direction you’re turning? Or how about the prospect of wearing goggles (check out Project Glass) to read data augmented over the lenses instead of having to check your smart phone or tablet device?

By my count, there are between 1,000 to 1,500 Android AR apps already on the market. Once smart phones with adequate AR-processing power become available, AR developers will undoubtedly get busy and those numbers will skyrocket.

They say luck favors those who are prepared. For AR app developers who want to be in the forefront of the next phase in AR app, now’s a good time to start harvesting those ideas.

Raghav Sood is the author of Pro Android Augmented Reality (Apress 2012), and owner of Appaholics, an Android app development company.