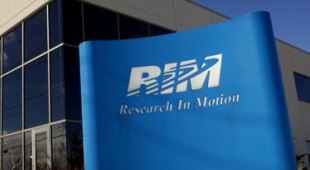 By James Bourne | 6th September 2012 | TechForge Media http://www.cloudcomputing-news.net/
Categories: BlackBerry, Development Tools, Monetisation,
James is editor in chief of TechForge Media, with a passion for how technologies influence business and several Mobile World Congress events under his belt. James has interviewed a variety of leading figures in his career, from former Mafia boss Michael Franzese, to Steve Wozniak, and Jean Michel Jarre. James can be found tweeting at @James_T_Bourne.

According to the commitment rules, once developers get an app approved through the Built for BlackBerry program – which is RIM’s standard for high quality and performance – if it makes $1,000 (£630) through BlackBerry’s App World or through the payment SDK, RIM will round it up to $10,000.

The apps have to be submitted before the launch of BB10, which is slated to be in the first quarter of next year following CEO Thorsten Heins’ admission that the Christmas market will be missed due to additional testing.

The dev blog continues: “Quality matters. And we have every confidence in our developer community’s ability to be successful.

“With your creativity and ingenuity, backed by our mutual commitment to quality, the BlackBerry 10 app ecosystem is going to be the best in the world.”

If anything however, this has to be a statement of intent following RIM’s worrying ‘I’m not dead’ routine of recent months.

From a company whose leader stated that at one point they had “seriously” looked at moving to Android before giving the green light to BB10, this is certainly a piece of good news.

Research has suggested BlackBerry developers are reasonably well off – if they can keep the work going, of course.

Back in June a report from market analysts Vision Mobile – covering the bottom 95% demographic of developers – revealed that a BlackBerry dev would take home more than his iOS and Android buddies.

Yet only 4% of respondents said they developed for BB, so the pool of responses is predictably not very high.

Baird wrote that the BB dev base was “smaller but increasingly loyal”. Saunders responded by saying: “I hear constantly [from developers] that RIM simply treats developers better than anyone else in the mobile industry”.

Will the 10k Developer Commitment take a lot of risk out of developing for BB10?