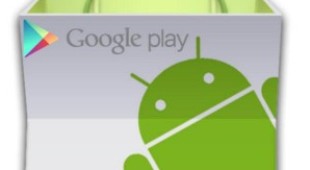 By James Bourne | 30th October 2012 | TechForge Media http://www.cloudcomputing-news.net/
James is editor in chief of TechForge Media, with a passion for how technologies influence business and several Mobile World Congress events under his belt. James has interviewed a variety of leading figures in his career, from former Mafia boss Michael Franzese, to Steve Wozniak, and Jean Michel Jarre. James can be found tweeting at @James_T_Bourne.

In a period dominated by Microsoft-based news, Google does not want to be outdone, with Bloomberg reporting that the search giant now has 700,000 apps downloadable for Android in the Play store.

This number correlates similarly to Apple’s App Store, which at the last count was at just over 700,000 apps.

Back in June reports abounded that the Google Play store had cracked 600,000 apps, compared to 650,000 apps for the App Store as Apple announced in the same month.

If the reports are true, Google appears to have closed the gap on Apple for the number of apps in its store; the Google Nexus website still has the figure at 675,000 apps and games.

Inevitably there will be plenty of discussion that quality is more important than quantity in terms of app store apps, an area in which traditionally Android has played second fiddle to iOS.

Of course, more apps in the store leads to more congestion, and fewer chance of getting your app seen.

This is certainly disconcerting, as research from Adeven showed that of the then 650,000 apps in the App Store, 400,000 were ‘zombie’ apps with no downloads whatsoever. DeveloperTech published tips from AppsGeyser on keeping yourself seen in Google Play, which can be found here.

This won’t only aid the monetisation process, but given that it’s currently an aspect the Apple store doesn’t feature, it may cut the disparity in subscription numbers between the two rivals.

Who do you think will hit the one million mark for apps in its store, Google or Apple?