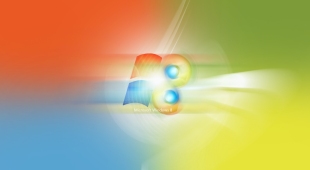 By James Bourne | 29th October 2012 | TechForge Media http://www.cloudcomputing-news.net/
Categories: App Stores, Development Tools, Microsoft,
James is editor in chief of TechForge Media, with a passion for how technologies influence business and several Mobile World Congress events under his belt. James has interviewed a variety of leading figures in his career, from former Mafia boss Michael Franzese, to Steve Wozniak, and Jean Michel Jarre. James can be found tweeting at @James_T_Bourne.

Developer cries foul after his app was sent back a number of times, but was his complaint fair?

With the whirlwind surrounding Microsoft at present – the Windows 8 release, today’s announcement of Windows Phone 8 among others – it’s easy to get caught up in the hype and excitement.

One man who cut through the hype, however, was Jeffrey Harmon; a developer whose app, photo viewer Memorylage, had failed validation in Microsoft’s app store six times with no apparent explanation as to why it failed before finally being accepted, a full two months after original submission.

“Windows 8 is a great opportunity for developers, but as it stands, they are in for a world of hurt in trying to get through that last hurdle,” Harmon wrote in his blog.

Harmon has been a Windows programmer for 17 years and working with C# for six years, so there was no realistic chance of any basic coding errors his end. Further, he had signed up for Microsoft’s 30-To-Launch, a best practice workshop for submitting an app to the store – a Windows equivalent to the Built for BlackBerry program, if you will.

Memorylage had won the App X challenge not only at the three day App Excellence lab, but also at a Microsoft-hosted Hackathon at Boston’s Museum of Science, the latter bagging him a Samsung Series 7 Slate. With all these credentials behind him, Harmon submitted the app on August 29.

The app failed, and continued to do so, for the following reasons: ‘stopping responding’, which Harmon claims never happened; ‘performance’; Direct 3D, which Harmon states he doesn’t use; and ‘having an incomplete website’.

After a litany of support calls and messages on forums – 131 shots in a game of email tennis with Microsoft at last count – Harmon eventually worked out why the app was failing: it was taking too long to suspend, which was fixed in half an hour.

Harmon notes: “Why the store hides this information and just gives a generic “Performance” error is beyond me”.

Even though Memorylage – in app and source code form – didn’t crash for any of the people Harmon contacted at Microsoft, the app store continued to fail it until late Friday, when Harmon reported that his app had finally been accepted.

Harmon contends that he lost the following for his trouble: another Samsung Series 7 Slate, given out by 30-To-Launch for those who submit the app before the store opened; nearly two months’ worth of marketing and development time; and increased reputation from downloads and reviews.

According to the blog comments, the majority state that Harmon was just desperately unlucky. Harmon himself admits that Microsoft isn’t doing this deliberately – “it’s just that Microsoft is a large company and despite their best efforts, things still turned out the way they have”.

But can the Windows app submission process be tightened up, or is it a few teething problems?