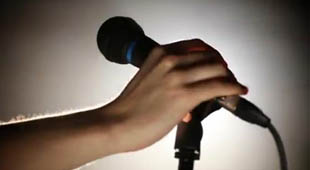 BlackBerry has lifted the lid on its submission process for BB10 apps. It’s making no bones about the fact that it wants your skills, and it’s willing to pay for them, with a bunch of incentives designed to tempt quality app developers to get stuck in.

RIM is now accepting apps that specifically target the BB10 platform, expected to be released early next year. And the company, evidently no longer under no illusions about how crucial quality apps are to its success, has thrown in some potentially tasty incentives.

The lifting of the shutters on BB10 submission marks an important milestone in the birth of what many in the industry see as RIM’s last chance to retain its place as one of the key players in the smartphone arena.

The submissions lift off has seen new options made available through the BlackBerry App World Vedor Portal, where devs can now select the ‘BlackBerry 10’ family and ‘All Touch’ device to ensure their submission is targeted at the new OS ad ready to hit the ground running come launch day.

Developers who get in early, early being anytime during October or November, are promised a review for a place in the ‘preferred carousel placements’ when the OS launches, maximising promotional opportuntites when the whole thing kicks off next year, as RIM hopes, with a bang.

In a further incentive, apps that are deemed worthy of the Built for BlackBerry programme are guaranteed a return of $10,000, provided they earn over $1000 on their own in 12 months, with RIM making good on the ‘10k Developer Commitment’ it announced in September.

RIM hasn’t had the best of it over the past 12 months, but as anticipation builds around the launch and the company’s developer strategy becomes clearer, many industry commentators are eagerly anticipating the outcome.

There was palpable excitement about BB10 among the RIM developer outreach team when we spoke to them at Apps World in London last week, but don’t take our word for it, here’s a musical love letter to developers, fronted by RIM’s VP of developer relations Alec Saunders, nice moves.