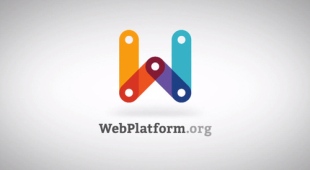 By James Bourne | 9th October 2012 | TechForge Media http://www.cloudcomputing-news.net/
Categories: Apple, Development Tools, Industry, Languages,
James is editor in chief of TechForge Media, with a passion for how technologies influence business and several Mobile World Congress events under his belt. James has interviewed a variety of leading figures in his career, from former Mafia boss Michael Franzese, to Steve Wozniak, and Jean Michel Jarre. James can be found tweeting at @James_T_Bourne.

The W3C’s Web Platform Docs, a site aiming to be the first port of call for web development materials, has launched with support from Silicon Valley’s finest and huge browsers alike.

The site describes itself on its homepage as “an open community of developers building resources for a better web, regardless of brand, browser or platform”, and it’s a message that all the major players can get behind.

When you’ve got the likes of Google, Facebook, Apple and Microsoft all in the same room, then there’s plenty of top line support for Web Platform Docs even if it’s only at the alpha stage at present.

Of course, that’s not to mention the other companies on board: Adobe, HP, Mozilla, Opera, Nokia and the W3C (World Wide Web Consortium), who will serve as the site’s “convener”.

Web Platform Docs is a portal for all sorts of coding and dev discussion, ranging from JavaScript, to CSS and HTML5. On a more practical level, having this content all in one place will aim to save time for developers, as well as drive down development costs.

The aforementioned 10 organisations, or ‘stewards’, have submitted raw content for the portal, but it is under Creative Commons License so can be modified and licensed freely by anyone, Wiki style.

Well, not exactly ‘anyone’ – funding has been put in place for staff to moderate things, but as Opera web evangelist Chris Mills put it: “We don’t want this to come across as the giants of the web telling everyone else what to do”.

Things have evidently changed since the days of Netscape, but with so many browser windows and operating systems, getting the right information for a dev project always takes time – or, as Komoroske notes, “like a scavenger hunt, except it’s not any fun”.

So along comes Web Platform Docs. Mozilla’s Eric Shepherd and Janet Swisher said the project was “very much aligned with Mozilla’s mission to promote openness, innovation and opportunity on the Web”.

Opera’s VP Core Technology, Lars Erik Bolstrad, said: “Web developers often struggle to find decent information on all the newest technologies that they need to know about – having a single site to turn to that they can trust will save them a lot of time”.

Is this going to be a vital resource for you as a developer, not to mention the expected growth of HTML5?