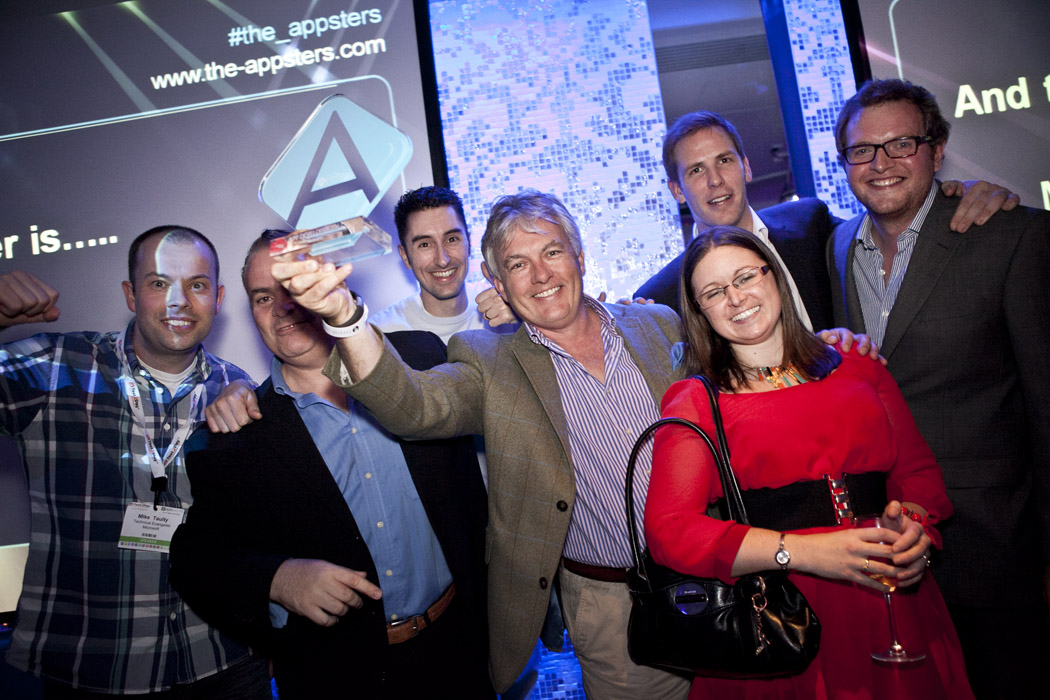 DeveloperTech took part in the first ever Appsters Awards in London this week, with a glitzy central London venue and 12 industry awards handed out in front of a crowd that constituted the who’s who of the apps industry.

With a shortlist of over 70 nominees, Awards were handed out across 12 categories, including Best Consumer App [London 2012], Best Entertainment App [BBC Olympics app], Best Use of Geo-Location [Tube Map] and App Developer 2012 [Mubaloo].

We were involved in the panel of expert industry judges, which scored each nominee individually to determine the winners; and we also had the pleasure of presenting the ‘Best use of Geo-Location’ award to MXData, creators of the popular Tube Map app.

Mark Mason, CEO of Appsters Champion Mubaloo, said: “It’s been fantastic. Three and a half years ago, there were four of us in the show. We just had an inkling that the B2B and enterprise market was going to be huge.

“These awards are the confirmation of all our hard work over the last three and a half years.”