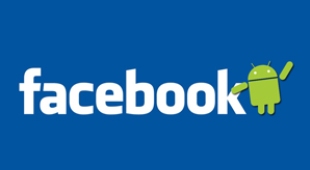 By James Bourne | 26th November 2012 | TechForge Media http://www.cloudcomputing-news.net/
Categories: Android, Facebook, Social media, Testing,
James is editor in chief of TechForge Media, with a passion for how technologies influence business and several Mobile World Congress events under his belt. James has interviewed a variety of leading figures in his career, from former Mafia boss Michael Franzese, to Steve Wozniak, and Jean Michel Jarre. James can be found tweeting at @James_T_Bourne.

Reports abound that Facebook is urging its employees to dump their iPhones and replace them with Android devices in order to get problems with Facebook’s Droid app sorted quickly.

The concept has been dubbed ‘droidfooding’; a play on ‘dogfooding’, standard tech industry practice whereby a company uses its own products to convince consumers of its worth – think the opposite of Gerald Ratner.

According to a report from TechCrunch, the posters displayed at Facebook HQ veer on propagandist levels; one has the Droid over a bowl of dog food imploring employees to “switch today”, whilst another features IDC research focusing on increased Android shipments. The cumulative effect is that the company has a more balanced attitude to mobile.

Once the employees test the Android app, there is a new bug-reporting function, called Rage Shake. It does exactly what it says on the tin – if an error occurs, the user shakes their smartphone and Rage Shake logs the device’s current state and reports it back.

Previously, Facebook had ditched HTML5 and gone native as part of its mobile app strategy. CEO Mark Zuckerberg had famously called the open web standard the “biggest strategic mistake we’ve ever made”, as David Akka notes in his thoughts on how to get HTML5 ready for the enterprise.

Despite this latest update, it will remain an uphill battle to get the social media giant’s workers to further embrace the Droid, as there remains a prevalence of iPhones within the company due to earlier rollouts and previous heavy emphasis on iOS.

Elsewhere, further proof of Android’s dominance in the global device market was seen from research by analytics startup Umeng.

Umeng’s results showed that Android maintains its stronghold in China, one of the key battlegrounds in the smartphone war. According to Q3 2012 results, of the 200 million phones purchased, 60m were iPhones as opposed to 140m Android devices.

There has been plenty of conjecture relating to the difficulties surrounding Apple. Is this another sign of the trend?