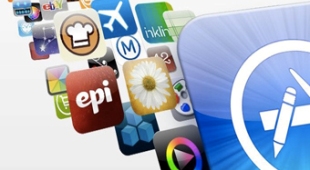 By James Bourne | 22nd November 2012 | TechForge Media http://www.cloudcomputing-news.net/
James is editor in chief of TechForge Media, with a passion for how technologies influence business and several Mobile World Congress events under his belt. James has interviewed a variety of leading figures in his career, from former Mafia boss Michael Franzese, to Steve Wozniak, and Jean Michel Jarre. James can be found tweeting at @James_T_Bourne.

Following news that the Google Play store had broken the 700,000 app mark last month, DeveloperTech asked: “Who do you think will hit the one million mark for apps in its store, Google or Apple?”

Well, the answer appears to be Apple, according to a tweet from app finder Appsfire.

The tweet (below) confirms that the one million app mark was broken this week, although the figure doesn’t specifically mean live apps currently in the Store – that number remains at approximately 700,000.

The figures have to be tempered, of course; the App Store has far more stringent restrictions than the open Google Play, and it will presumably raise the question of whether quantity is better than quality for apps.

Regardless, passing one million apps is an extremely impressive achievement for the iOS App Store, which has been going since July 2008.

Like the smartphone race, the app store war is currently a two horse race between iOS and Android, with the likes of Windows and Research in Motion fighting for parity.

But what of Microsoft’s app store? It’s probably best not to ask Jeffrey Harmon, whose photo viewing app Memorylage had failed validation in the Microsoft store six times for various reasons calling him to conclude that devs will be in for a “world of hurt” grappling with the store.

The dominance of the two stores did for carrier Verizon – whose app store was launched in 2010 – and will be shutting down in March.

Evidently, the app store race is fiercely competitive between Apple and Google – but who will win out in the long run, if any?