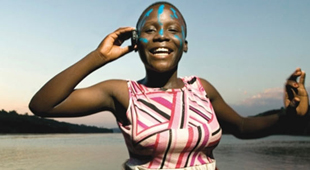 GSMA is offering developers and digital designers a rare chance to put their skills to work at the lower end of the global scale, by coming up with ways to improve smartphone user experience for women in some of the world’s poorer countries.

The GSMA mWomen Design Challenge invites designers, programmers and innovators, teams and individuals, to consider the user experience of resource- poor women to re-imagine a smartphone’s core user interface to be more intuitive and accessible.

Mobile phone use in the developing world is exploding, yet women are at risk of being left behind.   On average, GSMA research shows women to be 21% less likely than men to own a mobile phone in low- to middle-income countries.

The resulting mobile phone gender gap represents as many as 300 million women in the developing world who do not have access to this potentially life-enhancing tool.

mWomen challenges you to come up with a new Launcher for Android 4.0 (Ice Cream Sandwich) and one widget concept that presents an accessible user interface and functionality to meet the needs of resource-poor women in developing markets.

The criteria for winners are:

And as if working for a good cause wasn’t reward enough, there are significant prizes up for grabs.

Programmers, product designers and others are encouraged to submit their ideas at http://designchallenge.mwomen.org, where you can also find loads of additional information about the initiative. Submissions will be accepted until December 14, 2012.  Winners will be announced at Mobile World Congress 2013 in Barcelona.