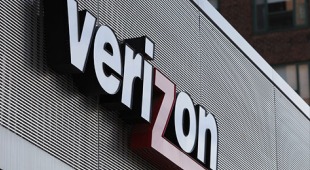 By James Bourne | 6th November 2012 | TechForge Media http://www.cloudcomputing-news.net/
James is editor in chief of TechForge Media, with a passion for how technologies influence business and several Mobile World Congress events under his belt. James has interviewed a variety of leading figures in his career, from former Mafia boss Michael Franzese, to Steve Wozniak, and Jean Michel Jarre. James can be found tweeting at @James_T_Bourne.

The Verizon app store, which has been going since 2010, is to begin shutting down in January 2013, it has been announced.

According to a post on the company’s dev portal, the operator will begin the removal of the app store from Android and RIM devices in January, expecting it to be completed by March 27 2013.

In other words, devices shipped from January won’t have the application pre-loaded, with the gradual phasing out taking place on current devices in three months.

Verizon’s model was simple enough: developers could use the store to sell apps to Verizon customers on Android and BlackBerry devices and claim a 70% commission.

But it appears the competition from Google, Apple, RIM – and even the likes of Amazon – was too great. Besides, as Verizon said, the vast majority of the apps on Verizon Apps are on those storefronts anyway.

Not everything is going, however; enterprise apps submitted to the operator’s Private Applications Store for Business will still be available. Similarly, the VDC (Verizon Developer Community) Portal will remain, being a gateway to Verizon APIs and platforms.

Verizon also announced that during the shutdown period, devs will still have access to app metrics, as well as getting their payments as the client is deployed.

Having acknowledged that their app store came around to hit the zeitgeist, Verizon noted that it was perhaps time to move on. “There’s now a whole new tech landscape in which both consumers and developers can interact like never before.

“We’re evolving our strategy to further simplify today’s experience and meet the needs of tomorrow,” the valediction concludes.

Going forward, there will be various ‘merchandising strategies’ from Verizon. One mentioned was AppLuvr, which can get an Android app on the radar of “millions of Verizon customers”.

So this is the end for Verizon’s app store, but is this that much of a surprise?