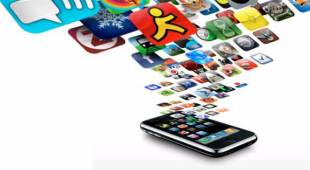 By James Bourne | 31st May 2012 | TechForge Media http://www.cloudcomputing-news.net/
James is editor in chief of TechForge Media, with a passion for how technologies influence business and several Mobile World Congress events under his belt. James has interviewed a variety of leading figures in his career, from former Mafia boss Michael Franzese, to Steve Wozniak, and Jean Michel Jarre. James can be found tweeting at @James_T_Bourne.

A report from US-based ITCareerFinder.com has revealed that mobile app development would be the best computing career you can have.

The report, entitled “Best Computer Jobs for the Future”, collated and ranked the top ten jobs in the computing industry from 2013 to 2020, with mobile app developer “easily” claiming the top spot.

Among the reasons app developers have the best job around were much higher growth prospects, an average salary of $95,000 – the second highest on the list – and demand for “one of the largest IT skills gaps ever realised”.

The report explains: “Mobile application development is one of the world’s fastest growing occupations. As smart phones and tablets continue to change the way we communicate, the demand for new and innovative mobile apps is growing at an incredible speed”.

Strangely, the highest salary on the list – technology manager – came in last place.

Among the top ten, software engineer came in third, with the report stating “the demand will rise along with the proliferation of emerging network technologies”, and video game design was ranked fourth because it has “unlocked a new world of employment opportunities”.

The results were based on a combination of growth forecasts from the US Bureau of Labor Statistics, current IT salaries and the ratio of job listings to qualified applicants on tech job boards.

Daniel Greenspan, founder of ITCareerFinder, commented: “Mobile application development is home to one of the largest skills gaps ever seen in IT employment; there are simply more job openings than skilled and educated mobile developers to fill them”.

Do you agree with the ranking? Is it a fair summation, or is it too early to say what would happen in app development in 2020?