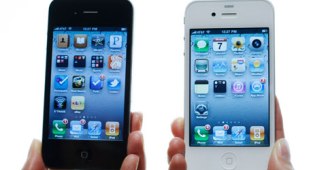 By James Bourne | 24th May 2012 | TechForge Media http://www.cloudcomputing-news.net/
James is editor in chief of TechForge Media, with a passion for how technologies influence business and several Mobile World Congress events under his belt. James has interviewed a variety of leading figures in his career, from former Mafia boss Michael Franzese, to Steve Wozniak, and Jean Michel Jarre. James can be found tweeting at @James_T_Bourne.

A report from mobile advertising marketplace Adfonic has revealed that mobile gamers are responsible for the largest proportion of ad impressions and click-through rates (CTRs) “in line with wider industry trends”.

Adfonic’s Global AdMetrics report, which assessed nearly 10,000 advertising campaigns globally in the first quarter of 2012, showed that 44% of ad impressions in Europe were generated by apps and websites which featured mobile games.

According to Adfonic, games content generates the most revenue for app publishers and developers due to “the strongest click through rates globally of any content category”.

iOS appears to have the slight advantage on Android for ad impressions, with iOS accounting for 45% of impressions as opposed to Android’s 38%. Concerning regional figures, iOS is dominant in Asia and Europe, yet Android is the dominant OS in North America with 46% of ad impressions.

Elsewhere, Apple also enjoyed the lion’s share of impressions by device, with the top three devices being the iPhone, iPad and iPod Touch. Samsung and Blackberry devices comprised the rest of the top eight.

Adfonic CEO Paul Childs said: “The reach and performance of the games channel…represents a significant opportunity for app developers to generate revenue from mobile advertising.

“The higher CTRs that we are seeing within this channel are indicative of the greater propensity of consumers to click on mobile ads whilst interacting with apps and sites in their leisure time,” he concluded.

The report states that “surprisingly” Android is most popular in North America – are you surprised? How can Android further tap into the European and Asian market?