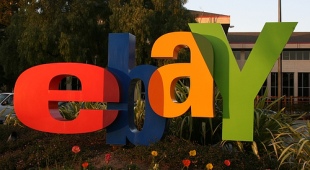 By James Bourne | 18th May 2012 | TechForge Media http://www.cloudcomputing-news.net/
James is editor in chief of TechForge Media, with a passion for how technologies influence business and several Mobile World Congress events under his belt. James has interviewed a variety of leading figures in his career, from former Mafia boss Michael Franzese, to Steve Wozniak, and Jean Michel Jarre. James can be found tweeting at @James_T_Bourne.

Interactive TV will become a vital part of shoppers’ lives by the end of 2014 alongside image recognition and augmented reality, a report claims.

The report from Conlumino, commissioned by eBay, claims that as a result of “a third wave of technological revolution”, each of the 10 largest UK retailers would have additional sales of £235m.

Augmented reality, in terms of retail, will enable shoppers to fully envisage an item even if it’s not there physically, such as trying on an item of clothing before you buy it.

The startup app maker Sayduck recently demoed an augmented reality app which allows customers to view how a piece of furniture would look in their homes before buying it.

The research also identified in-store technologies “such as iPads replacing tills”, and smart devices as “everyday appliances become intelligent and empowered” being heavily influential in the next two years.

The report states that one in four consumers will use interactive TV by the end of 2014 and that “by bringing together television and the internet, it will generate nearly £750m worth of direct sales”.

Angus McCarey, UK retail director for eBay, commented: “The opportunity for the retail industry over the next two years lies in identifying which technologies will yield the most return on investment.

“Third wave technologies are about meeting those demands and presenting information back to consumers in ways that haven’t been possible before,” he added.