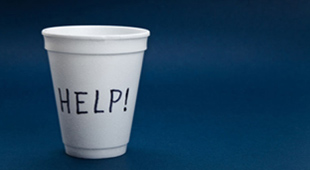 The meteoric rise in the popularity of apps has not translated into spending behaviour with users, new research has confirmed.

Over 70% of smartphone users spend little or nothing on mobile apps, according to US analyst firm ABI Research, with the top-spending 3% of users generating 20% of app revenue.

Among these paying users, the mean spend was $14 per month. However, the median amount among the consumers who spend money on apps is much lower than that average, just $7.50 per month.

The numbers also reflect certain trends in different app categories. Some of the best money-making apps have tended to be utility apps typically used for business purposes, or iOS games that monetise through in-app purchasing.

However, said ABI, in both these cases, the money came from a remarkably small base of customers.

While this might make depressing reading for developers seeking to boost their user conversion rates from free to premium paid versions of their app, Markkanen offered some advice.

“First, don’t get obsessed by mobile and apps, but remember also the web,” he said. “Most of the successful app concepts either support, or are supported by, a web component. Second, see your product through a long-term lens, asking yourself what could convince your customers to still engage with the app in two years’ time.

“Evernote, for example, has excelled at both,” he added. “It has skilfully combined the web and the mobile, and at the same time it has also managed to become a habit for many of its users. It demonstrates that the longer its customers stick around with a free version of an app, the likelier they’re going to convert to its premium version.”