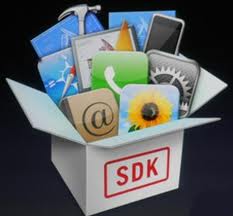 By Rob Clymo | 5th March 2012 | Genie Ventures http://www.broadbandgenie.co.uk/
Genie Ventures is a lead generation and internet marketing company based in Cambridge, England. Running a number of busy social and comparison websites such as www.broadbandgenie.co.uk, the aim is to provide users with advice and guides to aid the buying process, as well as serving up a no-nonsense comparison that is easy to understand and intuitive to aid the buying process

If you’ve got any kind of interest in development then there’s no escaping the fact that the Android operating system is continuing to become one of the biggest operating system hits on the planet. Now that countless smartphones come running it, and plenty of tablet devices too, there seems to be little doubt that Android will soon dominate the world of mobile gadgetry.

Added to the popularity of the Android OS is the fact that there are a growing number of apps for the platform too, many of which can be found via the Android Market while others come from independent sources. These apps have also revolutionised the way people use Android because it increases the fun and functionality of phones and tablets no end.

Of course, the other thing with the Android operating system is that it is a developers delight, and can allow you to crate all manner of software for it without much in the way of hassle. What’s more, there are also numerous apps that can make a developers lot that little bit easier. While everyone has their own ideas about what constitutes an essential app, here are three that might help you with your daily duties when working with the Android platform.

AndFTP is one of those apps that it is easy to overlook but it’s a vital component of everyday developer duties if you stop and think about it. This is a Java application that allows you to gain access to your working web servers and all through your mobile device. It’s got a great little interface that is totally practical and offers finite control over files and folders, no matter where you have them stashed.

Better still is the fact that it’s really easy to use, which can be a real boon if you’re trying to work on the move, the controls are simplistic yet powerful plus the other appealing aspect is that it’s also completely free too.

Doubtless you’ll often come into contact with digital images as you spend your days developing and there are a thousand and one apps that will help you work through the task in hand. Again, everyone has their own opinion on the right graphics editor for them – so while it’s a highly personal thing, the Photoshop Express app for Android is one that’s well worth investigating.

Of course, the main desktop version of Photoshop is a much more sophisticated beast, but if you’re after a simple but effective image editing solution for your mobile development tasks then this one makes a good bet. You get many of the usual tools, all condensed into a smaller screen environment. What’s more, alongside being able to crop, straighten, flip and all the rest of it, photo sharing is easy too.

Every developer knows about Google Analytics, but it’s well worth going back to it here and considering just what a powerful tool it really is. Working with Google Analytics in the app version for Android, it’s quick and easy to get extensive data back on your work and, better still, you can get this sort of information on the move and from pretty much anywhere.

Google has clearly spent time honing the performance and usability of this app because on the mobile platform it is a dream to use. You’ll find a sophisticated and highly visual interface, lots of graphs and charts and all the rest of it, plus Geo-location reports and complex data comparison controls. It’s secure, safe and stable too, so currently has to be one of the best tools in the business.