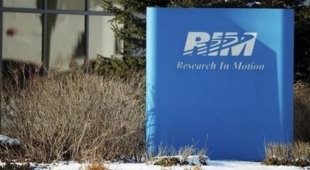 By James Bourne | 29th June 2012 | TechForge Media http://www.cloudcomputing-news.net/
James is editor in chief of TechForge Media, with a passion for how technologies influence business and several Mobile World Congress events under his belt. James has interviewed a variety of leading figures in his career, from former Mafia boss Michael Franzese, to Steve Wozniak, and Jean Michel Jarre. James can be found tweeting at @James_T_Bourne.

It’s a prevalent trend to indulge in a spot of RIM-bashing, but the Canadian mobile giants have posted a disastrous set of quarterly results which prompt fresh fears over the company’s future.

RIM CEO Thorsten Heins admitted that the BlackBerry 10 operating system was being further delayed until the beginning of next year because of unforeseen problems integrating the OS’s features.

Heins stated that he had no intention of releasing a below-par product on his watch.

This comes alongside the news that 5000 job cuts were to be made. “Restructuring efforts…that will include a workforce reduction of approximately 5000 employees”, the report grimly read.

RIM reported 7.8m BlackBerry shipments during this quarter as well as 260,000 PlayBook devices, however confidence in the PlayBook was completely undermined by the company’s decision to kill off the 16GB entry level model earlier this month.

“I am not satisfied with these results and continue to work aggressively with all areas of the organisation and the board to implement meaningful changes to address the challenges”, said Heins.

He added: “Our top priority going forward is the successful launch of our first BlackBerry 10 device. In parallel with the roll out of BlackBerry 10, we are aggressively working with our advisors on our strategic review and are actively evaluating ways to better leverage our assets and build on our strengths”.

AppsTech noted earlier this week that RIM’s quarterly update wasn’t “likely to contain any startlingly good news”, so these results come as no surprise.

But what does RIM do from here? The temporary shelving of BlackBerry 10 until next year could be key, as RIM will surely lose out on important end-of-year-revenue.

Rumours abound that the BlackBerry maker may split the company, selling its hardware division to concentrate further on areas such as automotive and messaging.

RIM’s official bio proudly states that they are “a global leader in wireless innovation”. But what do you think they have to do to keep it that way?