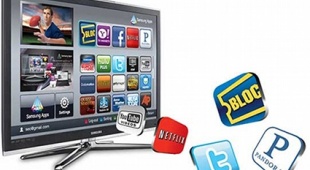 By James Bourne | 21st June 2012 | TechForge Media http://www.cloudcomputing-news.net/
James is editor in chief of TechForge Media, with a passion for how technologies influence business and several Mobile World Congress events under his belt. James has interviewed a variety of leading figures in his career, from former Mafia boss Michael Franzese, to Steve Wozniak, and Jean Michel Jarre. James can be found tweeting at @James_T_Bourne.

LG, in association with TP Vision – who controls the Philips brand – has announced the Smart TV Alliance scheme, which hopes to create a common HTML-based standard for connected TV apps.

This will, the Alliance hopes, streamline the manufacturing process for developers and enable them to create faster and better TV applications, give consumers more freedom of choice and enable developers to write for various platforms in one application.

The Alliance is offering up a free software development kit (SDK) on its website, designed for open technologies like HTML5, with an updated SDK forecast to be available at the end of the year.

This will hope to cure the difficulty within the smart TV market of a multitude of platforms leading to minimal compatibility. Smart TV Alliance’s motto is “build once, run everywhere”.

Bong-seok Kwon, president of Smart TV Alliance, said of the development: “Before today, the Smart TV industry was a very difficult market for both TV manufacturers and application developers as TVs from different brands used different platforms and technologies.

How much of an important development is this for the Smart TV industry? How easy will it be to get all connected TV apps running on a standard such as HTML5?