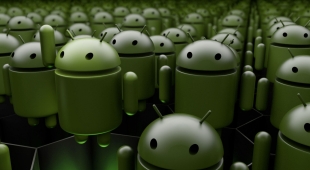 By James Bourne | 15th June 2012 | TechForge Media http://www.cloudcomputing-news.net/
James is editor in chief of TechForge Media, with a passion for how technologies influence business and several Mobile World Congress events under his belt. James has interviewed a variety of leading figures in his career, from former Mafia boss Michael Franzese, to Steve Wozniak, and Jean Michel Jarre. James can be found tweeting at @James_T_Bourne.

The latest Eclipse Open Source Developer Report has found that mobile app development is gaining increased prominence, with developers slightly favouring Android over iOS as the target for their apps.

“Android and Apple iOS continue to dominate as the key platforms,” said Ian Skerrett, Eclipse director of marketing, though adding: “It is a bit more surprising that more developers are not using cross-platform networks”.

Elsewhere the report, which collated 732 completed surveys from the Eclipse developer community, found that Java continues to dominate all other programming languages and that Subversion is the primary source code management (SCM) tool.

Subversion was still the most popular SCM with nearly half of those surveyed using it, yet Eclipse notes that Subversion “continues to decline”. Git and Github has taken advantage of this decline “clearly showing momentum”, with 27% of those polled using that SCM compared to 13% the year before.

Among other traits, Macs continue to increase as the software developer’s desktop OS of choice yet is still well behind Windows and Linux.

The report also detailed the habits developers had in terms of their motivation for participating in open source projects, with a “sense of responsibility”, in that they like to give back and support open-source, the primary reason for participating (54%).

Are you surprised at the number of developers who have no intention of building a mobile app? Would you prefer to target the Android or iOS platform?