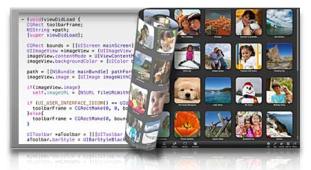 By James Bourne | 11th June 2012 | TechForge Media http://www.cloudcomputing-news.net/
James is editor in chief of TechForge Media, with a passion for how technologies influence business and several Mobile World Congress events under his belt. James has interviewed a variety of leading figures in his career, from former Mafia boss Michael Franzese, to Steve Wozniak, and Jean Michel Jarre. James can be found tweeting at @James_T_Bourne.

Research from Flurry Analytics has shown that Apple’s iOS is ahead of Android as the overwhelming favourite operating system for developers because Android delivers “less gain and more pain”.

Even though Android dominates the smartphone market for users, the research noted that developers appear to prefer iOS due to reasons of convenience and money.

This isn’t the best news for Google, especially given that their executive chairman Eric Schmidt said in December that “Android was ahead of the iPhone” and that in six months time – in other words, about now – Android would be favoured among mobile app developers.

Flurry, which collates data for over 70,000 companies, stated their belief that seven out of 10 apps designed for the new market will be on iOS, with the other three being built for Android.

The analytics house stated several reasons for this dominance – the most evident relating to Apple’s domination in the tablet market and Android’s significantly bigger levels of fragmentation.

Flurry calculated through January to May this year that Apple held 88% of the tablet market in terms of user sessions, with Samsung Galaxy (9%) and Amazon Kindle Fire (3%) trailing far behind.

Similarly, Android fragmentation “appears to be increasing, driving up complexity and cost for developers”, Flurry says. Essentially, it’s a near impossibility to develop an app which is compatible with every Android device due to their different screen sizes, among other permutations.

Furthermore, the added bonus of utilising the iPad means that iOS developers are “getting two platforms for the price of one”.

Another interesting issue was that iOS developers should expect to make more money than Android developers with each app – nearly four times as much, according to Flurry.

Google and Apple are not only competing against each other in OS terms; their rival developer conferences, Apple’s Worldwide Developer Conference (WWDC) and Google I/O, are commencing within weeks of each other.

Peter Farago noted on the official Flurry blog: “The perceived availability of a large, steady stream of high quality apps is a key reason for consumers to initially choose an Android or iOS device, and then to remain loyal.

“Moreover, given that the mobile industry is among the leading sectors in the worldwide economy, the outcome of these two conferences can largely impact the fate of some of the most prolific, innovative forces in the world’s economy today,” he concluded.

Was this result expected? Are the different permutations frustrating if you’re an Android developer? Should Eric Schmidt be eating a large slice of humble pie following his bold statement at the end of last year?