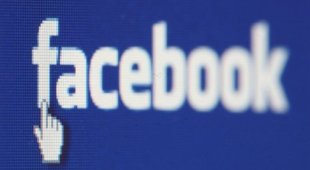 By James Bourne | 27th July 2012 | TechForge Media http://www.cloudcomputing-news.net/
James is editor in chief of TechForge Media, with a passion for how technologies influence business and several Mobile World Congress events under his belt. James has interviewed a variety of leading figures in his career, from former Mafia boss Michael Franzese, to Steve Wozniak, and Jean Michel Jarre. James can be found tweeting at @James_T_Bourne.

iOS developers Acrylic, who “specialise in creating fun, useful and beautiful apps”, has been snapped up by Facebook.

The move is an “acqui-hire” rather than a full on company acquisition – in other words, Facebook has hired the two employees of Acrylic, but hasn’t taken aboard the dev’s products or technology. It is believed Facebook will utilise the duo, Dustin MacDonald and Mark Davis, in the firm’s design team.

This isn’t the first time Facebook has done this. A few weeks ago the social networking giant bought out bookmarking startup Spool in similar circumstances.

“We need to close up existing products and services so we can focus on new products at Facebook,” Face.com said at the time.

This acquisition doesn’t affect Acrylic’s current products however, although work will stop on them for now.

“Our products and services have not been acquired by Facebook, and while there are no plans for further development on them, Wallet and Pulp will continue to remain available for download and purchase in their current form,” said Dustin MacDonald, Acrylic founder.

MacDonald described Facebook as “invaluable” and added: “After visiting late last year, I discovered that we shared many of the same core product design goals and principles, and it soon became obvious that it was a natural fit”.

An interesting angle here could be with regard to Acrylic’s expertise in the field of iOS design, and how Facebook may want to utilise that as part of their design team – especially if the two parties are in such agreement.

As we can see, Mark Zuckerberg’s shopping list is getting longer and longer this year. With all these innovative staff at their disposal, how can Facebook continue to attack the mobile sphere?