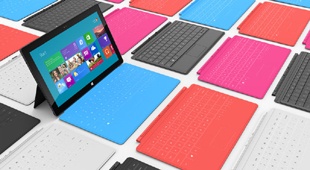 Windows 8 appears to have gone down very well with enterprise app developers, according to a new piece of research from IDC and Appcelerator.

In its latest quarterly study, Appcelerator reported that almost a third of developers said they were interested in creating apps for Windows 8 in the near future; interesting numbers for a product not yet even commercially available.

Over 43% of respondents described Microsoft’s new Metro UI as ‘beautiful and different’ compared to iOS and Android, with almost 30% claiming that it had helped them rethink how to engage more effectively with their users.

iOS was a clear leader in terms of developer interest over Android, 53% to 38%, opening a substantial gap after the two firms came in neck and neck last year.

Microsoft’s traditional strength in the enterprise market must surely have its developer relations team rubbing their hands in anticipation of an opportunity to overtake Android as the number two enterprise app platform.

The two versions of Miscrosoft’s new tablet operate different chipsets, the ARMbased Windows 8 RT tablet is aimed at consumers, and the x86 architecture Windows 8 device is generally aimed at enterprise.

The report noted that Microsoft’s developer strategy needed to include clearer paths and tools for devs to carry out the currently tricky business of porting apps from ARM based devices, like most smartphones and the iPad, to x86 architecture devices.

“This is a huge opportunity for Microsoft given that it has not yet been able to fully translate its enormous strengths in the enterprise, including Windows, Office, and Azure, into the mobile marketplace,” said the report.

Has Microsoft’s new Metro UI inspired you to take a close look at windows 8? With Windows 8 devices yet to ship, what will be the key factor for you in deciding whether to work with the OS?